Iran: Basic Needs, Such as Food Increase in Price by Nearly 50% 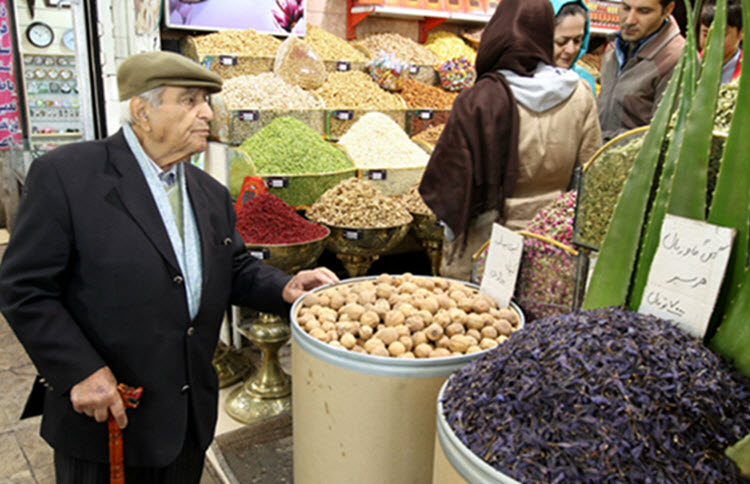 London, 15 Nov – The price of food has increased by almost 50% in Iran reports Tasnim News Agency, affiliated with the Islamic Revolutionary Guards Corps (IRGC). Tasnim also cited Iran’s Statistical Center, who said that the inflation rate for food, beverages, and tobacco grew by 11.4% compared to the previous month and put the current inflation rate of food at 47.5%.

Some 80% of the Iranian people live under the line of poverty, and the increased price of basic goods has resulted in a large number of protests and strikes. Workers, truck drivers, shop owners, teachers, and workers’ various sectors of society are demonstrating.

In fact, between October 26th and November 2nd, reports say 127 protests and strikes occurred in various Iranian cities — including the ongoing truck drivers’ strike which has spread to more than 75 cities and 25 provinces so far.

The government of Iranian President Rouhani has promised that the government would give the impoverished population a food basket adding that another basket would also be given to them before the Persian New Year. But food baskets don’t even begin solve the problem.

The Jahane San’at state-run Website wrote, “The increase of the price of various types of basic commodities such as meat, rice, and protein products is ongoing.” They added, “A glance at the fruit and vegetable market also suggests that some sectors of the society can no longer afford fruit… Experts believe that given the trend of the rising price of goods on a weekly basis, the government support baskets cannot have much effect on the livelihoods of the people.”

“The economic policy of the country – not only in this government but previous governments as well – is not based on the defense of the poor in general. A country that has an economic policy based on defending the impoverished does not have millions of families living under the line of poverty,” according to the State-run Jomhouri-e Eslami Daily, who went even further and said that the Islamic Republic of Iran had no intention of supporting the poor.