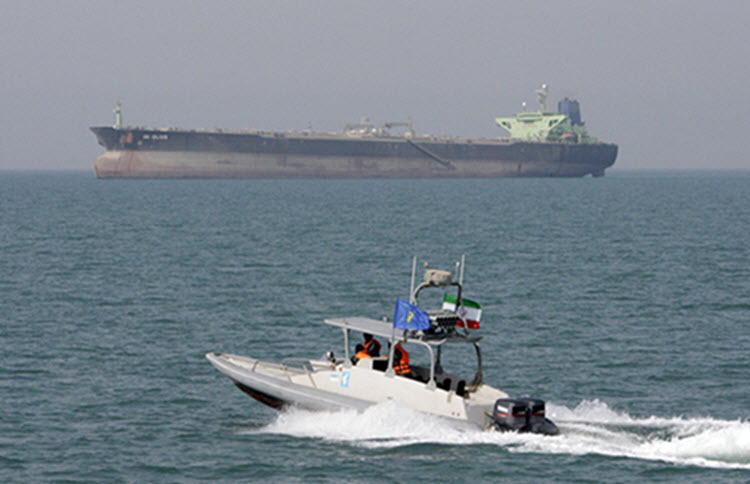 Iran’s trade figures with Europe’s biggest economy are shrinking and its key oil exports are faltering. According to Bloomberg, crude oil is Iran’s main revenue source and it has compiled for foreign ports in the first nine days of May.

The unilateral sanctions on Iranian oil exports tightened on May 2nd, when waivers that allowed several countries to keep importing crude from Iran expired. Now, the US aims to reduce oil imports to zero in an effort to pressure Iran to change its perceived malign behaviors.

As well, Bloomberg reports that tracking data reveals that as of May 9th, four Iranian tankers are anchored off the coast of China, with a fifth tanker on its way to the Chinese coast. Bloomberg added that most of the rest of Iran’s tanker fleet was returned to the Persian Gulf after discharging cargoes, or had been seen near the region in the previous two days. Apparently, for the last 16 days, 10 Iranian tankers have not sent tracking signals and have kept their transponders turned off, to hide their movements.

Additionally, on Friday, Reuters said that the Iranian tankers anchored off the Chinese coast and the one joining them, had loaded Iranian crude in April, before China’s U.S. waiver to import the oil expired. Reuters claimed that two of the tankers have discharged their oil to Chinese clients, while two others were waiting to do so at the Chinese ports of Ningbo and Zhoushan.

Reuters quoted “three people with knowledge of the matter” as saying that China Petrochemical Corp (Sinopec) and China National Petroleum Corp (CNPC) — China’s top state-owned refiners — have decided not to order any oil for loading at Iranian ports this month. The Chinese refiners were worried that making such orders would expose them to U.S. sanctions that could block their access to the U.S. financial system according to Reuters.

Iran has vowed to keep exporting oil in defiance of U.S. sanctions. And, it appears that Tehran did find one oil customer this month. An Iranian tanker delivered crude to Syria for the first time this year. Iran halted oil shipments to Syria late last year after suspending a credit line to Damascus because of impending U.S. sanctions against Tehran. The halt in Iranian oil deliveries to Syria, which also is under U.S. sanctions, led to fuel shortages during the Syrian winter. Reuters cited a source familiar with Iranian oil shipments as saying the Iranian tanker arrived in Syria last week. U.S. network CNBC quoted firms that track maritime shipments as saying Iran made the delivery in the first week of May.

There was no immediate reaction by the Trump administration to the undeclared Iranian oil delivery to Syria.

Iran’s trade with Germany, Europe’s largest economy, slumped in the first two months of this year, according to the the Funke newspaper group, who quoted the head of the German-Iranian chamber of commerce, Dagmar von Bohnstein, as saying, “The market in Iran is extremely difficult because of the U.S. sanctions and the country’s economic conditions.”

In an interview on Thursday, U.S. Special Representative for Iran Brian Hook said Iran’s economic troubles will get worse. “That is the price Iran is going to pay for behaving like an outlaw regime,” Hook said. “We are denying Iran the ability to fund its proxies. So we are very happy with this steady state of pressure that we hope to keep in place for as long as is necessary.”

Iran: A major defeat for the mullahs

Qatar Must Face Consequences for Aligning With Iran