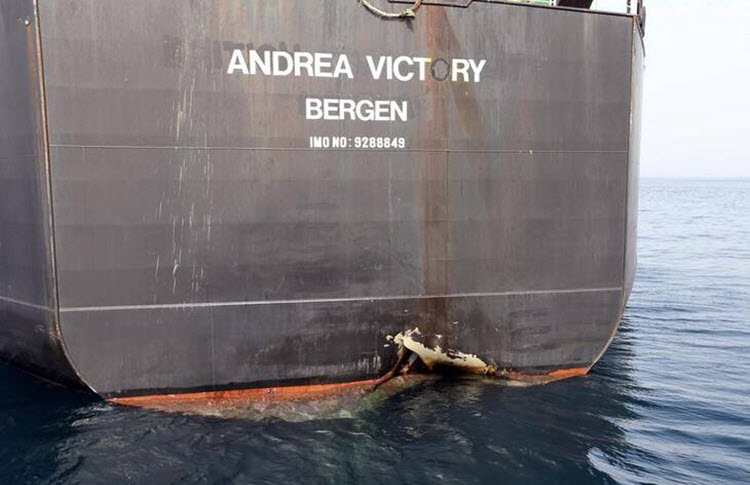 The United Arab Emirates’ Foreign Ministry said on Sunday that four commercial vessels were damaged in “acts of sabotage” near the country’s territorial waters.

This was confirmed by Saudi Arabia’s Energy Minister, who revealed at around 6 am on Sunday revealed that two Saudi oil tankers had suffered “significant damage” in the area just 85 miles south of the strategic Strait of Hormuz shipping route, where a fifth of the world’s total oil passes through.

The UAE Foreign Ministry dismissed more sensationalist accounts of the sabotage from Lebanese satellite channel, Al-Mayadeen, which is affiliated with Iran-backed Hezbollah and the Iranian Revolutionary Guards Corps (IRGC). It claimed there were several explosions, which is untrue.

Now, this attack was deeply concerning for those in the oil industry, especially given Iran’s threats to close the Strait if sanctions waivers on their export of oil were halted.

The Financial Times reported, “The sabotage incident prompted widespread alarm among industry executives, one of whom described the security-related incident around a major commercial port as ‘alarming.’”

Many believe that Iran was involved in this sabotage because of the Iran’s threats and an attempt to increase fear by one of their affiliated media outlets. Indeed, the US had been aware of threats by Iran against US troops or interests in the Middle East for some time, which is why they made the decision to send an aircraft carrier and B-52 bombers to the region last week. These forces had arrived by Friday and an assault ship and a Patriot anti-missile battery were also dispatched.

The US Maritime Administration on Thursday had issued a warning about a possible Iranian attack on commercial sea traffic.

According to the Associated Press, it read: “Since early May, there is an increased possibility that Iran and/or its regional proxies could take action against US and partner interests, including oil production infrastructure, after recently threatening to close the Strait of Hormuz. Iran or its proxies could respond by targeting commercial vessels, including oil tankers, or US military vessels in the Red Sea, Bab-el-Mandeb Strait or the Persian Gulf.”

Given the chances of another attack, the US embassy in Baghdad issued a security alert to US citizens advising them to “remain vigilant” due to “heightened tensions in Iraq”, where the Iranian Mullahs hold great influence over the government and proxy militias.

US Secretary of State Mike Pompeo also cancelled a planned visit to Moscow on Sunday in order to fly to Brussels and hold talks with European officials on Iran.

It is clear from the threats and attacks that the Iran will never change its behaviour, so sanctions and pressure must be put in place by the world until regime change by and for the people of Iran is achieved.

Iranian Terrorists Attempt To Appeal Their Convictions at a Belgian Court

A Belgian court is currently considering an appeal for...