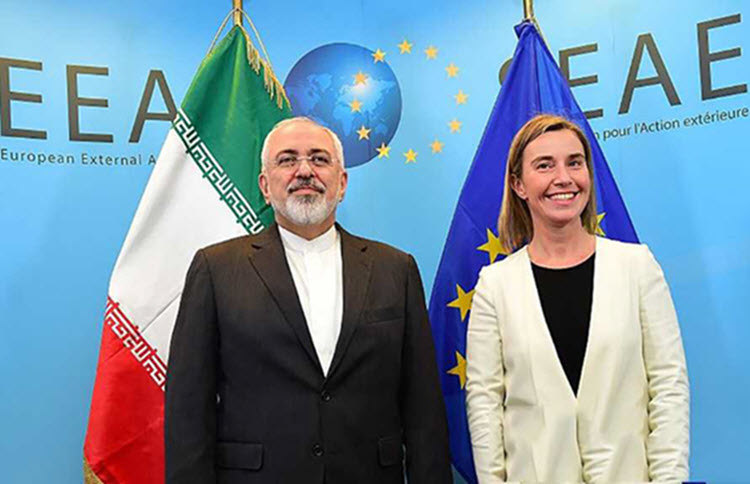 According to Bloomberg, the Treasury Department’s undersecretary for terrorism and financial intelligence, Sigal Mandelker, sent a letter on May 7 warning that Instex, the European SPV to sustain trade with Tehran, and anyone associated with it could be barred from the U.S. financial system if it goes into effect.

As a reminder, last September, in order to maintain a financial relationship with Iran that cannot be vetoed by the US, Europe unveiled a “Special Purpose Vehicle” to bypass SWIFT. Back then we predicted that Washington would not be too delighted with this development seeking to undermine the dollar’s reserve status. We were right.

“I urge you to carefully consider the potential sanctions exposure of Instex,” Mandelker wrote in the letter to Instex President Per Fischer. “Engaging in activities that run afoul of U.S. sanctions can result in severe consequences, including a loss of access to the U.S. financial system.”

Germany, France and the U.K. finalized the Instex system in January, allowing companies to trade with Iran without the use of U.S. dollars or American banks, allowing them to get around wide-ranging U.S. sanctions that were imposed after the Trump administration abandoned the 2015 Iran nuclear deal last year.

Not surprisingly, a senior admin official behind the eltter said the U.S. decided to issue the threat “after concluding that European officials, who had earlier downplayed the significance of Instex in conversations with the Trump administration, were far more serious about it than they had initially let on.”

The official, who asked not to be identified discussing internal deliberations, said the letter was intended to serve as a warning that the U.S. would punish anyone associated with Instex — including businesses, government officials and staff — if they were working to set up a program to help Iran evade U.S. sanctions.

“This is a shot across the bow of a European political establishment committed to using Instex and its sanctions-connected Iranian counterpart to circumvent U.S. measures,” said Mark Dubowitz, the chief executive officer of the Foundation for Defense of Democracies in Washington.

When asked to comment on the letter, the Treasury Department issued a statement saying “entities that transact in trade with the Iranian regime through any means may expose themselves to considerable sanctions risk, and Treasury intends to aggressively enforce our authorities.”

At the heart of the latest US move is the argument that Iran and its central bank use deceptive financial practices and haven’t implemented minimum global safeguards against money laundering and terrorism financing, according to Bloomberg.

While it is obvious that the US ire was sparked by the realization – and alarm – that cracks are appearing in the dollar’s reserve status, opponents of Instex argue – at least for public consumption purposes – that the mechanism is flawed because the Iranian institution designated to work with Instex, the Special Trade and Finance Instrument, has shareholders with links to entities already facing sanctions from the U.S.

Meanwhile, during a visit to London on May 8, Mike Pompeo also warned that there was no need for Instex because the U.S. allows for humanitarian and medical products to get into Iran without sanction.

“When transactions move beyond that, it doesn’t matter what vehicle’s out there, if the transaction is sanctionable, we will evaluate it, review it, and if appropriate, levy sanctions against those that were involved in that transaction,” Pompeo said. “It’s very straightforward.”

In 2018, Europe made a huge stink about not being bound by Trump’s unilateral breach of the Iranian deal, and said it would continue regardless of US threats. But now that the threats have clearly escalated, and Washington has made it clear it won’t take no for an answer, it will be interesting to see if Europe’s resolve to take on Trump – especially in light of the trade war with China – has fizzled.

Rouhani’s Speech on Freedom at UNGA Was Painfully Ironic

By Jubin Katiraie Iranian President Hassan Rouhani’s speech at the...