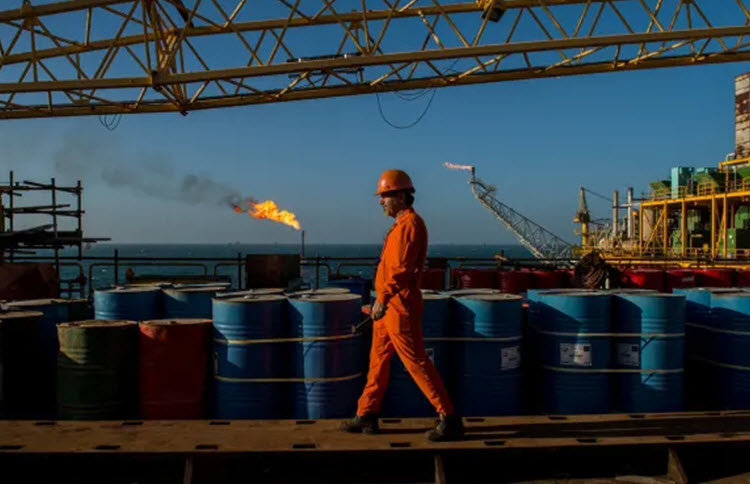 The US sanctioned Chinese state-run energy company Zhuhai Zhenrong Co Ltd for violating US sanctions on Iran, according to US Secretary of State Mike Pompeo on Monday.

Pompeo said in a foreign policy speech at a veterans’ convention in Florida: “We’ve said that we will sanction any sanctionable behaviour, and we mean it.”

This comes at a time of increased tensions between Iran and the West, especially as the US increased sanctions on Iran after pulling out of the nuclear accord between Tehran and six world powers last year.

In a statement, Pompeo said Zhuhai Zhenrong “knowingly engaged in a significant transaction for the purchase or acquisition of crude oil from Iran” after the expiration of the. sanctions waivers on May 2. He explained that the new sanctions blocked Zhuhai Zhenrong property and interests in the US and barred CEO Youmin Li from entering the country.

Pompeo said: “Any entity considering evading our sanctions should take notice of this action today. It underscores our commitment to enforcement and to holding the Iranian regime accountable.”

This is the first time the Trump administration has disciplined a Chinese company and executive for defying recent US sanctions on Iranian oil exports. However, they previously had Huawei executive Meng Wanzhou arrested for lying to Western banks to violate sanctions on Iran. The Treasury Department added these names to a list of Iran-related designations on Monday.

China has rejected the US stance via its embassy in Washington and urged the US to remove the sanctions.

Zhuhai Zhenrong, which specializes in buying Iranian oil, was previously sanctioned in 2012 over its dealings with Iran.

In June, US special representative for Iran, Brian Hook, said Washington would sanction any country that continued to import Iranian oil, specifically mentioning that it was looking at China.

Government and trade sources provided data that showed Iranian crude oil exports to Asia dropped to the lowest in at least five years in May when China and India wound down purchases and Japan and South Korea halted imports.

In mid-June, China received its first delivery of Iranian oil cargo since the waivers expired. The tanker Salina, which can carry up to a million barrels of crude oil, docked at Jianzhou Bay, near the east coast city of Qingdao, on June 20 and unloaded over two days.

Oil is the biggest source of revenue for Iran, and the US aims to bring those exports to zero as part of a “maximum pressure” campaign to force Iran to come back to the table for a new deal that addresses its nuclear weapons and regional aggression.