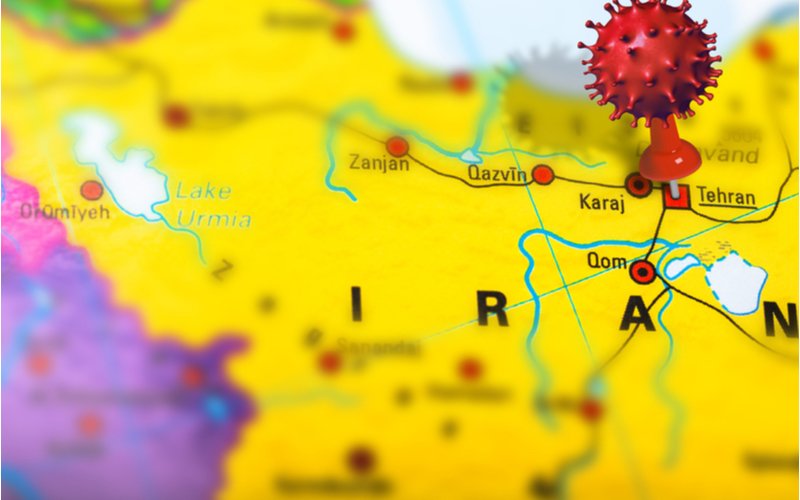 In 1975, the Organization of the Petroleum Exporting Countries (OPEC) adopted a plan for the establishment of a fund that was supposed to aid developing members of this organization.

At the time, no one thought that someday one of the influential members, Iran, would appeal for help from this fund. But today, after having wasted the country’s wealth on costly foreign policies, Iran’s government has been compelled to make such a request.

State-run Mehr news agency reported on April 2: “The OPEC fund is supposed to offer a $500,000 assistance to Iran in order to purchase the pharmaceutical equipment for countering the coronavirus. In response to the Economy Ministry’s insistence, the ‘OPEC Fund for International Development (OFID)’ approved a $500,000 assistance to Iran for purchasing and distributing medical equipment to counter COVID-19. The aid was put at the disposal of the World Health Organization to purchase and distribute the most necessary hospital material for Iran to contain the coronavirus.”

Notably, it was revealed that “The fund provided similar assistance to Iran after the country was hit by flash floods in April 2019.” Also, since March 4, Iran’s investing and economic-technical aids organization scrambles to receive monetary and non-monetary aids from the OFID, the World Bank (WB), the Islamic Development Bank (IDB), and Asian Infrastructure Investment Bank (AIIB).”

It is worth reminding that the fund had initially been established to aid developing countries for socio-economic growth and development by providing substitute donations and preferential loans. However, Iran’s mismanagement drew a state that rests on the oil sea into absolute collapse. In this context, a look at assessments made by government-linked experts displays a brighter view of the country’s situation:

We Made 28 Percent More Money but for Filling Holes

On April 1, the remarks of Iran’s former representative in the International Monetary Fund (IMF) Farhad Nili, published in the state-run Eqtesad News website, revealed parts of the truth. “Farhad Nili believes 28-percent liquidity growth means that we couldn’t decrease the [economic] imbalance. [The country] has made 28 percent more money to compensate for inconsistencies in different parts of the economy, and fill the created holes to the economy can make it to next year. All the functions of our policymaking system and administration are outcomes of factions who have political competition in their nature. Therefore, the government’s performance, long-term decisions, and prudence would be disturbed, and everything merges with political [interests].

“I call this period ‘the era of suspension.’ In such circumstances, there is no possibility for policymaking, and politicians cannot predict further than daily lives and urgent economic issues. In this state, the policymaking system turns to an executive apparatus that struggles to make ends meet.

“On the other hand, since the population rapidly grows, income per capita would reduce by 1.5 percent if economic growth remains around zero. The reduction of income per capita, along with mismanagement, will exert more pressure on the low-income deciles of the society and expand poverty.

“In conclusion, we only find reports that the state prefers, and unpleasant things won’t be heard. Therefore, there is no new event, and previous unfavorable events will repeat to depreciate our capacity for making reasonable decisions,” Eqtesad News quoted Nili as saying.

Another government-linked expert, Pouya Jabal Ameli, highlighted Iran’s economic bankruptcy, saying, “We deal with deficits in budget bills and the administration cannot cover even 50-60 percent of its employees’ salaries in the next year.”

This expert also raised a lack of trust as the main obstacle for many unresolved domestic issues. “Given the lack of appropriate balance between the society and state for resolving problems,” correct decisions won’t rescue the country even with a decisionmaker who had effective strategy and ability.

“During the last decade, oil revenues compensated for incompetence in different sectors and the downward trend of the economy. Now, regarding the removal of these revenues, [economic] problems became more obvious and deeper… Also, [we] turned [Iran’s] above-average capitation income into below-average. However, these issues won’t affect the country’s economy alone,” Eqtesad News quoted Jabal Ameli as saying in the same piece.

Dependency on the Government’s Bonds or Selling the Country’s Future?

The Rouhani administration announced that it would compensate for budget deficits by selling securities, including government bonds. However, given the coronavirus outbreak and its blows to the country’s economy, this path won’t cure any problem.

“Regarding the coronavirus and its consequences, the administration will face tougher situations soon. Debts of the administration and state-linked companies to the central bank are estimated between 600 to 700 trillion tomans [$14.2-$16.6 billion]. The administration uses bonds to cover current expenses, and that is the beginning of problems. The administration intended to continue this manner in the coming year, which practically is synonymous with selling the country’s future,” Otaq-e Iran website quoted a government-linked analyst Kamran Nadri as saying on April 1.

These developments obviously show the Iranian government’s dire conditions and its inability to find a solution for its current problems. However, officials’ concerns are about the consequences of these conditions and the public outrage against their mismanagement and terrible policies that made the poor people weaker that pave the way for upcoming protests like what the country witnessed in November 2019.

Iran’s Water and Soil Crisis Will Destroy the Country

Prediction of a long-term hydrological drought in the early...

Rumsfeld says U.S. to `wait and see’ after Iran offer