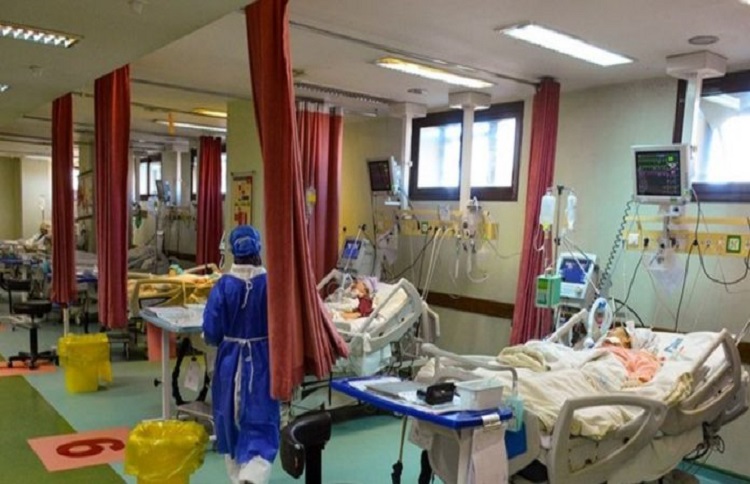 It is believed that over half a million people in Iran had contracted Coronavirus as of Monday, according to Hamid Souri, a member of Iran’s Coronavirus national task force.

In an interview in the state-run news agency, IRNA, Souri said:  “The initial estimate was that between 30 and 60 percent of the population would be infected with the disease… The current estimate is that about 500,000 people in the country have infected with the coronavirus, but this is not an accurate figure because less-known and milder patients have not been identified yet.”

Interestingly, Souri’s comments contradict the official figure of 60,500 infections and 3739 deaths. The official figures have been challenged by many independent sources, including the People’s Mojahedin Organization of Iran (PMOI/MEK), who reported a death toll of at least 20,400 on April 7.

These are the minimum death tolls per province as of that time:

The MEK figures are more accurate because they are being gathered by eyewitnesses on the ground in every city and reported to the MEK Social Headquarters, which double checks all the figures. Even this is the minimum number because of the number of people, especially in rural areas, who are unable to seek medical care before their death.

Souri described the coronavirus crisis in Iran as “worrisome” and warned that the curve was moving upwards in the provinces of Tehran, Khorasan Razavi, West Azerbaijan, Bushehr, Khuzestan, Kermanshah, and Semnan, in another contradiction of President Hassan Rouhani.

He said: “The coronavirus curve has not flattened in any of the country’s 31 provinces.”

Meanwhile, Rouhani wants the country back to work, with MP Nahid Tajedin saying that the economic losses in Iran are estimated at “$30 billion”, which the government cannot handle and could lead to new labor movements that will “endanger economic security”.

IRGC Brigadier General Ali Shamkhani, the Supreme National Security Council Secretary claimed that this is not a matter of choosing the economy over people’s survival, saying that workers will help to stop the crisis. This bizarre claim, which goes against all international health protocol,  shows that the entire government’s top officials, including Supreme Leader Ali Khamenei, approve of this dangerous plan.

According to the statistics german’s Welt.de wrote: “There are indications that the number of corona-deaths in Iran is four to five times higher than officially known. According to internal documents, the regime has long masked the outbreak. Around 50,000 Iranians recently left the country – many to Germany.”

How the Ayatollahs View the Coronavirus Outbreak?