Iran: ‘Exchange Balloon’ in the Hands of Outlaw Looters 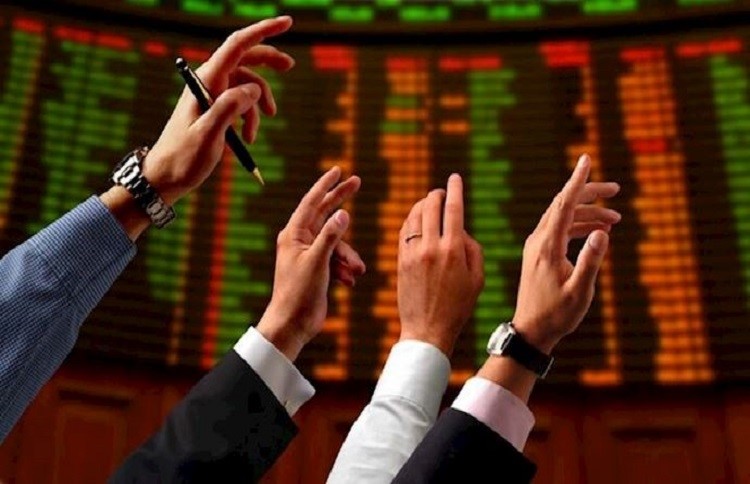 The critical situation of Iran’s regime’s economy has become more and more captive in the context of the Coronavirus crisis. According to the International Monetary Fund, in 2020 Iran’s economic growth is -6 percent.

Some government experts predict that economic growth in 2020 will be -10 percent.

Given the oil sanctions and the fall in oil prices, the situation with oil revenues will be significantly small, and it will certainly be far from the amount projected in the budget of the Rouhani government for 2020.

According to experts, the budget of the Rouhani government in 2020 has a deficit of about 50%.

The labor market situation is no better than in other areas, especially as the unemployment situation has worsened during the Coronavirus Crisis and the real unemployment rate is staggering.

Regardless of these facts, President Hassan Rouhani said on 26 April, about the prosperity of the stock market:

He went beyond the stock market and made claims in other areas of the economy that did not correspond to any of the collapsing economic realities.

Rouhani continued his speech: “The latest inflation figures show that despite the problems we had in March and April, the trend of point-to-point and annual inflation of the country has been declining; in this case, the satellite media are once again angry and say in a situation where other countries are miserable, why have you improved?”

Regarding the bubble growth of the stock market, a government expert wrote sarcastically to Rouhani in a tweet: “Really, despite the sanctions, macroeconomic instability, negative economic growth, negative capital formation rate, stagflation, etc., what miracle has happened in the Iranian economy that in the last two years, the value of Tehran Stock Exchange has increased 2.5 times compared to the rest of the world?” (Mashreq, 26 April)

But the question here is what really is behind this bubble growth of the stock market?

In the current situation, the government and other institutions affiliated with the regime intend to offer the shares of their bankrupt companies in the stock market.

In this regard, the government, within a few days, approved the transfer of shares of state-owned companies to the stock market.

Regarding this trick of Rouhani’s government and other institutions affiliated with regime, Farshad Momeni, a government expert, said:

“In this relationship, the government can sell its companies more expensively in order to carry out its current affairs and not its development in bipolar conditions; I really don’t know what the regulatory bodies are doing?

“Privatization literature says that the greatest betrayal is the sale of among-generations and its spending on current affairs; one has to ask who gave this permission to the government. Under these circumstances, bankrupt banks and those who, by imposing heavy pressure on the country, through mercantilism, they accumulated large amounts of illicit wealth, will be purged.” (ILNA, 29 April)

Some government-affiliated experts believe that the government’s intention in the stock market is to raise public funds through this market to compensate for the budget deficit.

State-run Bazaar website in an article titled, “The exchange balloon in the hands of outlaw children”, expressed the concern of an expert about the bursting of the stock market balloon.

According to him, the growth of indicators in the stock market is ambiguous, and “the influx of small and large investors into the stock market to gain fictitious profits has dragged everyone to this market. The increase in stock prices in the capital market is only to attract financial resources and liquidity needed by companies, and that’s why the government supports the capital market so that the needs of the working capital of companies and enterprises can be met by attracting them to the stock market. (Bazaar website, 28 April)

The truth is that in the case of the bubble growth of the stock market, the side that will only benefit is the government, and who see the loss are the people who – after the decline of the money’s value in this process – with the rapid rise in prices, their purchasing power will rapidly decline and they will not be able to provide for their living and the minimum living standards.

Also, those who invest their capital and savings in this market, with the bursting of the stock market bubble, their capital will be destroyed and will be added to the army of the lost.

IRNA wrote: “If the bubble in the market bursts, people in some stocks may lose up to 30 times of their capital.”

Mojtaba Tavangari, a new member of the regime’s parliament, wrote in a tweet: “Given the current trend, we will see the possibility of the stock market crash in mid-June 2020 and will see the repeat of the story of the credit financial institutions. There, the government claimed that it had not given permission, although we should have asked, so why didn’t you monitor?”

“Today, when the stock exchange (market) and all the licenses have been issued by the government, is there still something to say?” (Mashreq, 26 April)

Will this be the final year of the Iranian Regime?

The Independent: On Sunday, the Iranian regime marked the...

Reuters: Indonesia called on Iran on Tuesday to increase...