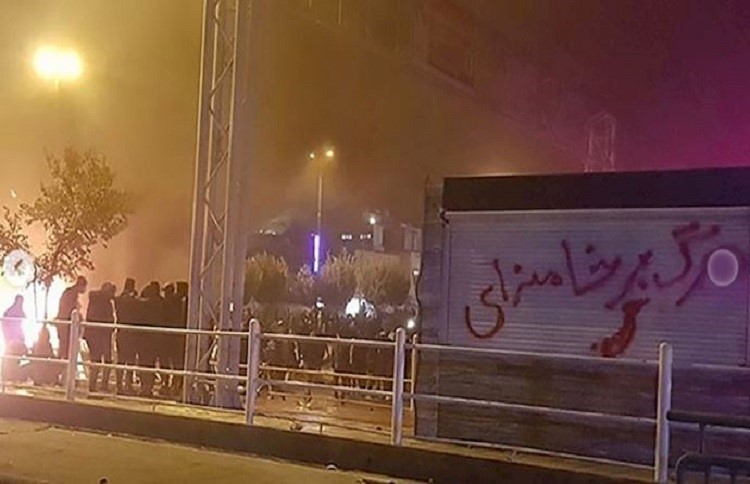 Poverty, misery, and hunger in parallel with the disease have narrowed the living field for the people. The painful self-immolation of an Iranian teacher in Ahvaz in the past days is an example of the people’s revolt against this dire situation, which will undoubtedly not remain at this level.

Fear of popular outrage has provoked mixed reactions among officials.

We Know These Things

Government officials, however, have unequivocally found the only solution in deception and lying to make the situation seem normal. Rouhani continues to claim that ‘yes, we are better than Europe’, that everything is normal, and that the Coronavirus pandemic is under control, and that there are many development and economic projects that need to be opened one by one.

Similarly, Ali Khamenei, the supreme leader of the regime, sometimes appears and, without caring about the casualties of the defenseless people, speaks about a “production jump” and the achievement of firing a satellite into a 36,000-kilometer orbit, and delivers exaggerated and meaningless words to hide his regime’s crimes.

In his remarks on the occasion of Labor Day, he said in response to the people’s ridicule and dissatisfaction with the satellite launch:

“Now some people say, for example, suppose, sir, the fact that you are happy to say that you have launched a satellite or something does not make [the country more secure]. Satellite and weapons and the like cannot secure the country and major issues are economic. Well, we know these things, we know these, not that we don’t know them.” (State-TV 6 May)

Khamenei’s complaint clearly shows that he is well aware of the catastrophic situation of the people, and how they are crushed under the pressure of poverty, hunger and disease, but while the ‘regime’s protection’ is his first priority, he does not intend to pay the lowest price to solve social problems, so in response to the reflections of society, he also insists on his deception to get around the people’s problems and avoid accountability.

It Does Not Mean Injecting Financial Support

In response to those who dared to look at the billion-dollar assets in his possession to spend it on the coronavirus outbreak and the hurt people, Khamenei said:

So, he clearly showed that he would never spend a single penny of his billions of dollars for the people except for his regime and his warmongering activities.

Unlike the leaders of other countries, who manage and direct the confrontation with Corona with their presence in the scene, Khamenei does not do anything and just offers a handful of irrelevant and nonsense words every time he appears, even though the virus has spread throughout the country and has overshadowed the whole life of the people.

He is trying to use the coronavirus crisis to strengthen the position of the regime and to bury the flames of the November 2019 uprisings under the ashes so that it is forgotten.

He deliberately did not mention in his speech the suffering of the people and the way to confront the coronavirus. In his speech, the Supreme Leader used the word “must” more than 27 times: “must happen”, “priority should be given”, “you must be able to manage”, “there must be production and self-sufficient”… Without taking responsibility and determining who must take care of all of these ‘musts’, and what his role is in this.

But some of the officials who are concerned about the regime’s future and are fearing the erupting of the people’s fury and a social explosion are warning the regime and sounding the alarms.

Hossein Sirajzadeh, President of Iran’s Sociological Association, acknowledged the falsity of government statistics on the coronavirus, which he said are “incorrect”. He pointed to the secrecy as another weakness in the regime’s performance and “a widening gap every day.” He predicted:

“By combining economic pressures and economic, social, and political demands, a new wave of discontent will be created, if the government does not reconsider its policies. People are erupting like volcanoes. (Jahan Sanat, 7 May)

Masih Mohajeri, the editor of the state-run daily Jomhuri Eslami, showed his fear of the situation too. While calling the “the key elements on the scene” of the regime, people who are “well-fed and have pockets full of money”, and “can not understand the pain of the deprived people,” he warned and said:

“People’s participation in the 11th parliamentary election was 10% lower than the quorum. Officials must take this alarming reduction as a warning and examine it comprehensively.” (Arman daily, 7 May)