Iran: The Plundering of National Resources in the Name of a ‘Comradely Capitalist System’ 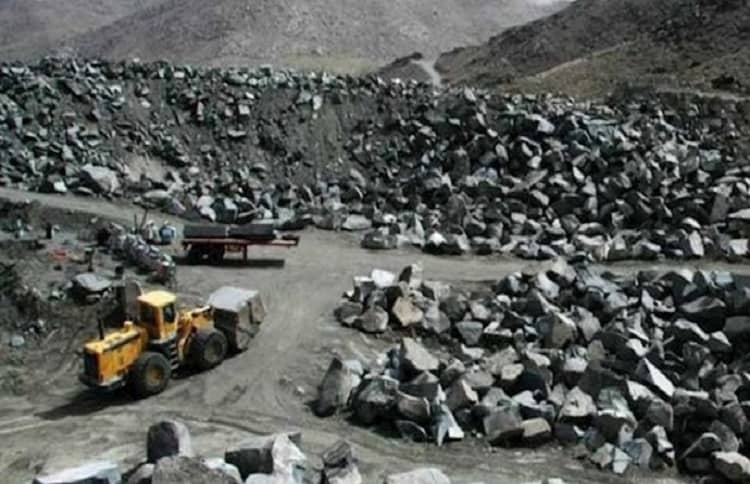 Iran’s economic experts, due to their expertise and information, are exposed to the question of why the situation of Iranian society has reached such a dark season?

A significant number of them answer this question from different angles. But the economic crisis in Iran has taken on such catastrophic proportions that they have no answer for it, other than more or less similar worthless statements.

Mehdi Ghazanfari, Minister of Industry, Mines and Trade of the 10th government, who called this tragedy ‘destruction’ before the uprising in January 2018 believes:

“The process of economic disintegration results in nothing but poverty, class distance, a dependent and shaky economy; Especially since we are also struggling with the issue of ‘late understanding’. The destructive process of Iran’s economy wastes resources and delivers only the destructive product to society, the most prominent of which is domestic borrowing and treasury bonds.”

When a minister admits like this, one can expect how the experts are looking at Iran’s economy. A minister whose ministries, of course, are one of the places of rent-seeking and corruption, and of course, he made such remarks after he leaves his post.

The general situation of Iran’s economy has become much worse since 2017. As we have learned, that the Iranians have gained the first rank in buying a property in Turkey; And in the last few months, they have bought more than 3,000 homes in various cities in Turkey, which represents an outflow of capital. Interestingly, Iran’s supreme leader Ali Khamenei was sensitive to this event a few days ago and called for its prevention. But the figures for capital flight and waste of the country’s resources are hundreds of times more catastrophic than such a few news.

Ehsan Soltaniaz, a government economist, said in an interview entitled ‘We are facing an exhausted, fallen and backward economy: “In 2018 and 2019, the country exported about $180 billion worth of oil and goods, and despite the sanctions, there were $ 100 billion in foreign exchange reserves in the country. In contrast, the country’s imports in the past two years, despite smuggling and other cases, have been $100 billion and about $60 to 80 billion of capital has left the country. (Mardom Salari, 27 August 2020)

He added: “A large amount of capital flight has occurred in the country as a commodity, for example, iron ore is our most important mineral export product. The iron ore producer had a 10 percent profit in the margin of exporting this product. That means, that the producer has sold it with the 20,000 Toman for each dollar and as well as for 100 dollars for each ton. There is a lot of profit margin here, with this example the reason for the capital flight as a commodity makes sense.

“According to him, the share of fixed capital formation, plus government share, plus the share of the people (private sector) in the economy has reached 70 percent, while 30 percent of it is missing! Where is this 30 percent going? This is what is leaving the country in the name of the capital.” (Mardom Salari 27 August 2020)

Finally, he says, sanctions are an excuse to plunder the country.

Hossein Raghfar, a professor of economics, says about the loss of a decade of economic opportunity: “We have missed a great opportunity to strengthen Iran’s international position, and if we had taken advantage of those opportunities, we would not be in this painful economic situation right now.” (Shargh daily, 26 August)

In this regard, he calls the structure of Iran’s economic system a ‘comradely capitalist system’ and considers the result of such an economic system to be the plunder of national resources, which will even lead to the economic collapse of Iran.

But this is not just about the present, in Ahmadinejad’s government, $800 billion was earned, and in the government of Rouhani, this figure has reached $1.3 trillion. This amount of earnings is equivalent to the earnings between 1977 and 1995 in China, which caused a great economic leap in that country.

Iran – Prices Are Not Predictable Even for the Next Hour