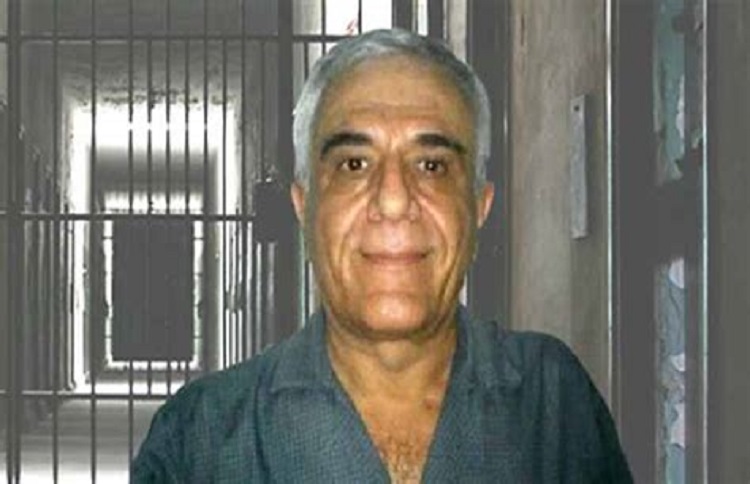 The Iranian Intelligence Ministry is trying to erase every trace of long-time political prisoner Arzhang Davoudi, years after sending him into exile in Zabol and Zahedan prisons, to prevent anyone from disseminating any information about him.

On August 26, after a major effort, it was discovered that Davoudi is being held in solitary confinement in the Central Prison of Zahedan, with no contact from other prisoners or his relatives and friends outside prison.

The 67-year-old is being constantly moved from one prison to another in Sistan and Baluchestan Province by the regime to confuse the narrative about where he is being held and prevent people from determining how he is.

Davoudi, who suffers from chronic diabetes, has suffered major health problems during the 16 years he has been in prison. Not only has he partially lost his vision and hearing, but he also has broken bones in his hips, legs, and spine, because of beatings.

There have been no reports of Davoudi in the media since 2018, at which time he’d been pushed off a second-floor walkway – while handcuffed and shackled – by Gholamreza Ghadir, the deputy warden of Zahedan Prison. This horrific attack, which came after Davoudi was summoned to Warden Mohammad Khosravi’s office, resulted in his right hip and left shin being broken, the dislocation of his shoulder blades, and damage to his spine that means he’ll never be able to walk properly again.

He said: “I love you all. I kiss you all, and I count on all of you for building a free Iran, a prosperous Iran, a democratic Iran, and an Iran filled with love, justice, and life.”

In related news, the regime has arrested two Christian converts and taken them to unknown locations.

Shirku Siavoshi, 37, was arrested at his home in Sardasht on August 22 and taken to an Islamic Revolutionary Guards Corps (IRGC) Intelligence Department, where he was beaten. His home was searched and some of his belongings confiscated.

While Mehdi Ibrahimzadeh, also 37 and from Sardasht, was arrested in Fars Province.

It’s not clear where they are being held but sources say they were arrested by the IRGC.

Reuters: Iran said on Tuesday it would let U.N....