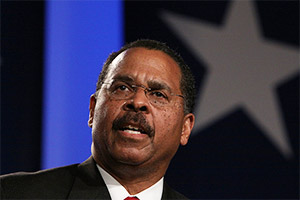 Washington, 20 Oct – The U.S. administration’s policy of “appeasing” Iran’s Ayatollahs is emboldening the authorities in Iran to step up suppression of Iranian dissidents, writes Ken Blackwell in Townhall:

Shaqayeq Azimi is an aspiring, joyful girl of 22 with a full life ahead of her. She is also an Iranian dissident, committed to challenging the repressive theocracy that rules her home country.

Recently she learnt that both her father Mahmoud and her mother Fatemeh Ziae were arrested on October 11 by the Iranian secret police in a raid on their home in Tehran. The regime has been characteristically secretive about the arrests, so Shaqayeq has been unable to obtain any information about where her parents have been taken, or what their current condition is.

This is not the first time that her parents have been arrested, but given the nature of the regime, each such incident poses grave dangers.

Fatemeh endured five years’ imprisonment and torture in the 1980s for supporting the principal Iranian opposition movement, the People’s Mojahedin Organization of Iran (PMOI/MEK). She was arrested again in February 2009 for visiting her relatives in Camp Ashraf, then the place of residence for thousands of Iranian dissidents in Iraq. This so-called crime landed her in jail for two years, where poor conditions and mistreatment contributed to acute health afflictions. She was arrested for yet a third time in June 2013, again on political charges.

Shaqayeq’s father was a political prisoner during the Shah’s regime and has been arrested several times since the 1980s including in 2011 and 2013 for supporting the MEK.

A number of other MEK activists have been reported to be arrested in Tehran in recent days.

The MEK has always been a target of particularly frequent and particularly ruthless repression by the Iranian regime. Some 120,000 members of the group have been executed, and many more have been arrested. Yet the opposition has shown surprising resilience and has maintained an extensive and growing network of activists inside Iran.

Following the news of their parents’ arrests, Shaqayeq and her sister Niloufar have been writing to the UN High Commissioner for Human Rights; to Ahmed Shaheed, the UN Special Rapporteur on the situation of human rights in Iran; and to the US State Department, urging each of them to intervene on behalf of their parents.

Shaqayeq is steadfast and furious in discussing the current situation. “Why on earth the West in general and the US administration in particular are so silent on the abhorrent human rights situation and the plight of dissidents in Iran?” she wonders. “This will only embolden the mullahs to go after people like my parents. We Iranians pay the price of this bad policy. Are these ayatollahs worthy of dealing with?”

Thirty year-old Farzad Madadzadeh and 18 year-old Paria Kohandel, both MEK activists who fled to Europe in August, attended an international conference in Paris on October 10 and pointed out that sympathy to the MEK opposition is on the rise both on the streets of Iran and in its prisons, where Madadzadeh spent five years of his life, from 2009 until 2014.The two added that protests are becoming more frequent across various strata of Iranian society and that Iranians find it unacceptable and immoral that the West has been engaged in a policy of appeasing the ayatollahs.

The dissident message has been clear: Hassan Rouhani is anything but the moderate that some in the West want us to believe. He is cut from the same cloth as the rest of the ayatollahs. This is demonstrated by the arrests of people like Mahmoud and Fatemeh and by the wave of executions in Iran, totaling to more than 2,000 during the two years of the Rouhani presidency.

And even putting aside the human rights situation, Tehran is showing its true colors on the nuclear issue, regardless of the Obama administration’s boasting in the wake of the nuclear agreement.

Iran tested its new Emad ballistic missile on October 10. Samantha Power, the Obama administration’s UN envoy, confirmed that the ballistic missile was ‘inherently capable of delivering a nuclear weapon’. She said the test was ‘a clear violation’ of UN sanctions and the U.S. will seek action from the Security Council.

This development comes less than three months after the nuclear deal and the related UN resolution, which were supposed to stop Tehran’s drive to acquire nuclear weapons and herald a new era of peace in the Middle East. Instead, all they have done is given the regime a chance to demonstrate its own untrustworthiness. And it is an untrustworthiness that the MEK and Iranian dissidents have been warning of for a long time.

The best thing that Western governments can do in the wake of Iran’s continued misbehavior in both domestic and foreign policy is to abandon naïve hopes of striking deals with the ayatollahs and instead stand by Iranian dissidents and their desire for a free and democratic country.

The U.S. cannot remain silent in the face of Tehran’s egregious conduct. It should hold Tehran accountable, raise the case of Iranian dissidents like Shaqayeq’s parents and the general issue of human rights violations in every international forum, as loudly and as frequently as possible.

Abraham Lincoln famously said America is “the last best hope of earth”. It’s time to show it is still true by standing up to tyrants like the ones who rule in Iran.

This article first appeared in Townhall and CNSnews.com on 19 October 2015

Amb. Ken Blackwell is a former Cincinnati mayor and US ambassador to the UN human rights commission.

AP: The U.N. nuclear agency is including two senior...