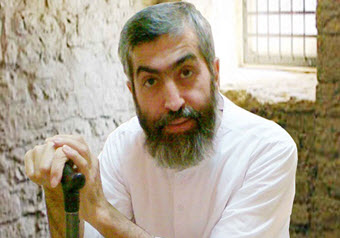 Ayatollah Boroujerdi, 57, was arrested in Tehran on October 8, 2006. He has spent almost 10 years in various regime jails and is currently being held in the infamous Evin Prison. Reports from the prison say that Boroujerdi is subject to physical and psychological torture. He is being denied medical treatment and is said to be suffering from heart, kidney and respiratory problems in addition to losing 90% of his vision in one eye and as much as 36kg (80lbs) in weight.

These health problems have been persisting for years.

According to Amnesty International Boroujerdi has been charged with some 30 offences including:

“waging war against God’ (moharebeh); committing acts against national security; publicly calling the principle of political leadership by the clergy unlawful; having links with antirevolutionaries and spies; and using the term ‘religious dictatorship’ instead of ‘Islamic Republic’ in public discourse and radio interviews”.

This is not the first time international pressure has been called for in relation to the case. In April 2009 Boroujerdi wrote to the United Nations Secretary-General Ban Ki-Moon urging intervention.

Boroujerdi’s arrest occurred after he declined to appear for summons and the Iranian government issued an arrest warrant.

The continued imprisonment, despite his ailing health, is a serious human rights violation, according to opponents of Iran’s regime. But prison officials have reportedly told Boroujerdi that “if he does not write a letter recanting his beliefs, he will never be released.”

Conference in Albania: Foreign Policy Towards Iran and Role of Resistance

Russia minister: No punishment for Iran

AP: Russia will not allow the U.N. Security Council...