Iran steps up executions even as European officials visit 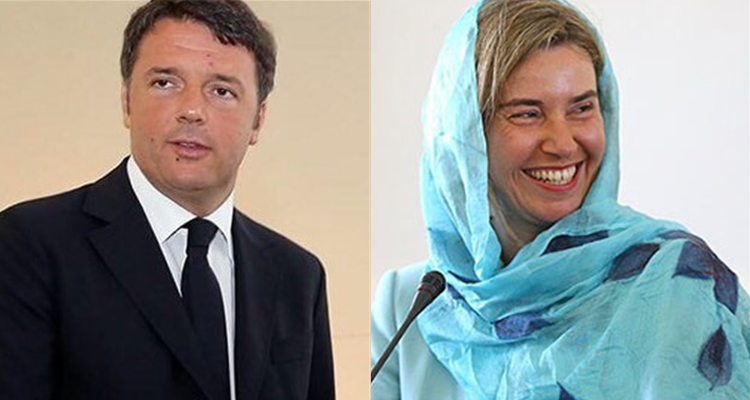 London, 19 Apr – There were at least 24 people executed in Iran during the last week. Reports from a prison in Birjand, north-east Iran, state that five men and two women were hanged on Thursday 14 April.

Only two of the victims were identified, Mohammad Niazi and Moheb Rahmati, they were accused of drug-related offences, according to the Iranian opposition coalition National Council of Resistance of Iran (NCRI). On Saturday 16 April three more people were hanged in Rasht prison, northern Iran. Only the initials and ages of the victims were released; E.M., 29, D.A., 51, and F.V., 31, the NCRI said.

The spate of executions has taken place at a time when Iran is being inducted back into the global economy. The Italian Prime Minister, Matteo Renzi, signed bilateral accords with President Hassan Rouhani last week. The deals encompass natural gas and infrastructure projects. Prior to sanctions Italy was one of Iran’s top trading partners, according to The Wall Street Journal.

Federica Mogherini, the High Representative of the European Union for Foreign Affairs and Security Policy, along with seven European Union commissioners was in Tehran on Saturday 16 April to discuss trade and co-operation with the Rouhani government.

Both trips received criticism from opposition groups and NGOs. Mohammad Mohaddessin, chairman of the Foreign Affairs Committee of the National Council of Resistance of Iran (NCRI) highlighted the hypocrisy of the visit.

“This trip which takes place in the midst of mass executions, brutal human rights violations and the regime’s unbridled warmongering in the region tramples on the values upon which the EU has been founded and which Ms. Mogherini should be defending and propagating”, Mohaddessin said.

Mohaddessin added that the trip would achieve only “short-term petty economic interests” and make Iranian people “pessimistic towards the EU”, comparing Mogherini’s visit to the Chinese premier’s Tehran visit in 1978.

“Ms. Mogherini’s deafening silence on executions, violation of women’s rights and the rights of minorities, and the regime’s unprecedented military expedition to Syria makes this trip ever more destructive. Meeting individuals whose hands are stained with people’s blood is unacceptable to the people of Iran and is reminiscent of the Chinese president’s visit to Tehran in the midst of the massacre of protesters in the final months’ of the Shah’s dictatorship”.

Bloomberg: Obama, Alwaleed says, is a man who is...