Fruit prices go up in Iran 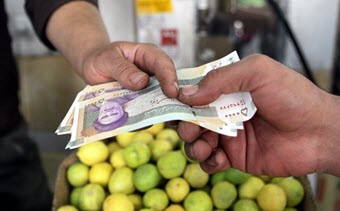 Tehran, 20 Apr – Fruit prices have sharply risen in Iran during the last week. Seyed Hossein Mohajeran, the head of the Fruit and Vegetable Sellers Union told Mehr, a state-run news agency, that rising prices have affected the supply chain of the Iranian marketplace.

Price increases happen weekly, with the price on Sunday for tomatoes going up by 50 percent and reaching 2500-3500 tomans ($0.83-$1.16). The price of bananas has also increased by 30% and oranges by 20%, the National Council of Resistance of Iran reported.

Inflation in Iran stood at 8.9% as of February 2016 and interest rates are set at 21%, creating a tight financial situation as prices rise faster than income for millions.

A 2014 report from the NGO Future Directions has stated that Iran is in the middle of a nutrition transition.

Government officials and wealthy households tend not to be as affected by the price changes, while 50% of Iranians aged 15 and over said there had been a time in the last year when they did not have enough money for food or adequate housing (Future Directions, p10).

Iran’s refugee population is also suffering as the government has focused on returning them to their country of origin and made it difficult to access basic services. As of 2014 the World Food Programme (WFP) was providing assistance to 840,500 Afghan and 45,000 Iraqi refugees who are facing “acute food insecurity” (Future Directions, p3).

CNBC: Wall Street banks are being investigated for transactions...