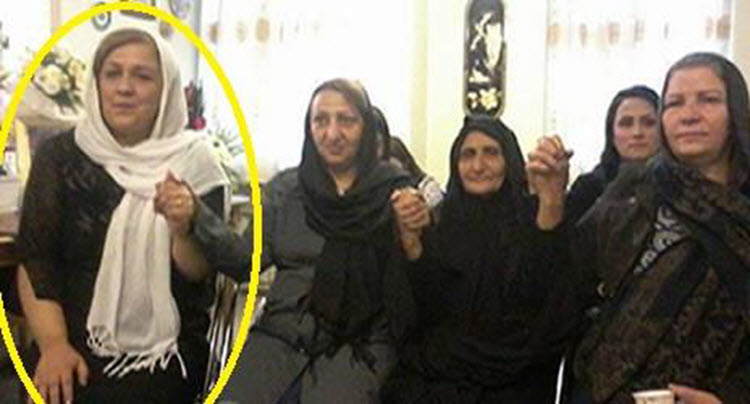 Tehran, 21 Jun – Sholeh Pakravan, the mother of Reyhaneh Jabbari, has written a letter of support to Mr. Azimzadeh, the political prisoner who has been on hunger strike for the past 51 days.

Ms. Pakravan has been outspoken about the human rights abuses in Iran since her daughter was executed in 2014 for killing an Intelligence Ministry Agent in self-defence after he attempted to rape her.

In the letter, she addressed current critical issues including the negligence to this political prisoner and whipping the workers of Aghdarreh and Bafgh. These brutal acts create a society with downtrodden, cheap and silent workforce so the foreign investors aren’t confronted with the reality of the conditions and the country can become a global trader.

She wrote that the silent execution of contractor workers and the detainment of their representatives illustrate the official return of slavery in Iran.

She encouraged the Iranian people to stand up against the regime, warning of a terrible future if the regime is allowed to prevail. She wrote: “The fate of your children will be nothing but suffer and pain. Talk about your livelihood demands in the street. Let your wishes and expectations be clearly met by the authorities. Support the demands of prisoners’ representatives and talk about them in private and public forums.”

She continued with this sad metaphor of Iran. She wrote: “Behind the charming smiles of the officials, hides the crushed body and soul of imprisoned children of Iran, the hunger strikes, the pressure of interrogation and cowardly provisions. Behind the big wall of lies, there exist the hundred invisible gallows which silently executes our loved ones.”

The Hill: Secretary of State John Kerry on Sunday marked...