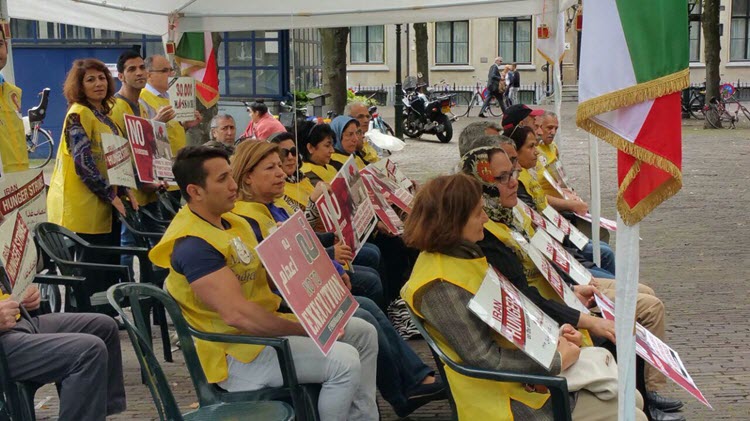 The Hague, 10 Aug – Members of the Dutch-Iranian community and supporters of the Iranian Resistance staged a protest in front of Dutch Parliament in The Hague to show solidarity with political prisoners in Iran and especially those excecuted in the past few weeks.

They want the Dutch government to publically come out and condemn the continuing executions in Iran, to call a halt to executions and for the UN Security Council to prosecute those responsible for the 1988 massacre in Iran.

According to a statement issued by the Iranian opposition activists in the Netherlands: The Iranian regime has executed dozens of people in the past fortnight, coinciding with the anniversary of the 1988 massacre in which more than 30,000 political prisoners were executed in the space of a few weeks.

A fatwa had been issued on them by Supreme Leader Ayatollah Khomeini.

He had appointed Death Commissions to order the executions; members of these commissions still hold senior positions in Iran’s government today. 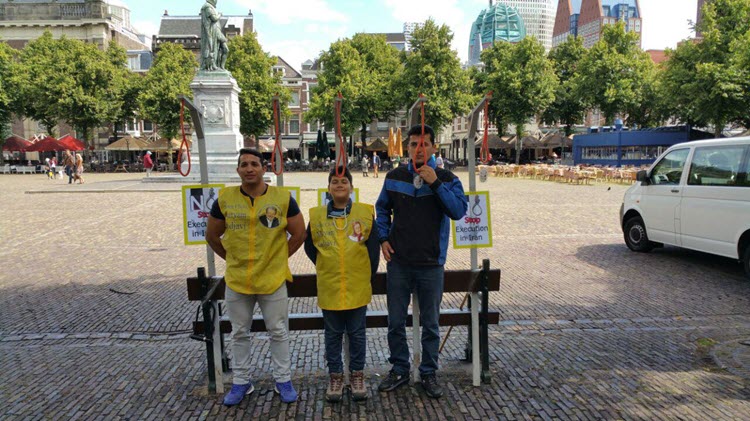 Most of those who were slaughtered were members of the People’s Mojahedin Organization of Iran (PMOI or MEK), the main Iranian Resistance group.

Amnesty International described these state-sanctioned murders as a “crime against humanity” and various public figure from politicians to human rights lawyers to Resistance leaders have stepped up to demand that those responsible are brought to justice.

Human rights groups estimate that over 2,600 people have been executed in Iran since Hassan Rouhani took office in 2013 but that number rises almost every day.

The hunger strike began on Wednesday and will last until Friday, with protesters gathering outside the Parliament from 10am to 6pm every day.

Bahrain signs civilian nuclear accord with U.S. in dig at Iran

Bloomberg: The U.S. sought to further isolate Iran in...

Reuters: Iran gave an upbeat assessment on Tuesday of...