US ex-secretary of homeland security: the promises of nuclear deal with Iran remain unfulfilled 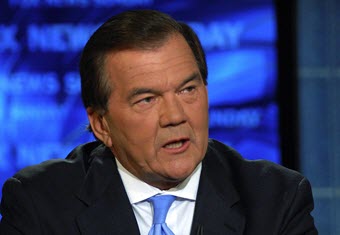 London, 10 Aug – Tom Ridge wrote an op-ed on the subject for The Philadelphia Inquirer just one week after Iran’s Supreme Leader Ali Khamenei accused the USA of reneging on pledges made in the Joint Comprehensive Plan of Action (JCPOA).

Khamenei distanced himself from the deal that he’d previously been in full support of, citing “the futility of negotiations with the Americans”, just weeks after the one-year anniversary.

Ridge wrote that this power play by the Iranian Regime served as a reminder to him, that the gains promised by the nuclear deal will never come to pass for anyone outside of the Regime and he had evidence to back it up.

There are constraints on Iran’s uranium enrichment programme and their capacity for producing weapons-grade plutonium has been limited but the vast majority of Iran’s nuclear infrastructure remains shrouded in secrecy and hidden from nuclear inspectors. Intelligence reports state that Iran was still attempting to get hold of banned nuclear materials right up until the deal’s implementation.

Robert Joseph, the former U.S. special envoy for nuclear nonproliferation, discussed this at a panel in Paris recently. Joseph warned that the JCPOA only required the dismantling of some of Iran’s enrichment centrifuges and that Iran could re-engage them at any time.

Ridge said: “The current state of the deal stands in stark contrast to the world community’s prior successes with other nuclear threshold states. Libyans, for instance, demonstrated a genuine and tangible commitment to abandoning the pursuit of nuclear weapons insofar as they fully opened up their country to impartial international inspections. Iran has come nowhere close to this.”

This would not be the first time that Iran has hidden its nuclear programme from the world. In 2002, resistance group Mujahedin-e-Khalq (MEK) revealed Iran’s secret nuclear programme to the West. If not for them Iran could already have developed nuclear weapons.

Iran continues to support terrorist groups like Hamas and Hezbollah, and dictators like Bashar Assad in Syria which aids to the destabilisation of the Middle East.

Ridge wrote: “Western policymakers should have recognized that the theocracy is inherently incapable of reform. If history is any guide, Tehran will exploit every weakness in the nuclear agreement as part of its relentless effort to deceive its enemies. And, it will use the current environment of Western complacency to intensify regional adventurism and support for extremist thought.”

More than 1,000 people were executed in 2015 alone, according to Amnesty International. The theocratic state continues to arrest, torture and execute children, pregnant women and political opponents giving them the highest per capita execution rate in the world.

Ridge wrote: “Overall, the deal has led to no progress. In return for modest, reversible concessions on the nuclear issue alone, the blood-drenched ayatollahs received sanctions relief from the United States and Europe to the tune of tens of billions of dollars, which has served, above all else, to further finance the Iranian regime’s illicit, inhumane, and destabilizing activities. If the regime decides to abandon the deal, it will emerge stronger than ever before, laughing in the face of the West’s foolish compliance.

The former governor of Pennsylvania summed up his piece with a stark warning. He wrote: “Let Khamenei’s bellicose rhetoric stand as a warning and a call to action.

Every interested American should urge the next president to chart a different, sensible course for American policy toward the fundamentalist regime in Iran. This course should, at last, reflect American values by identifying itself with the Iranian people and their cry for democracy and freedom.”