Renowned Iranian Personality demands Justice for the 1988 Massacre In Iran 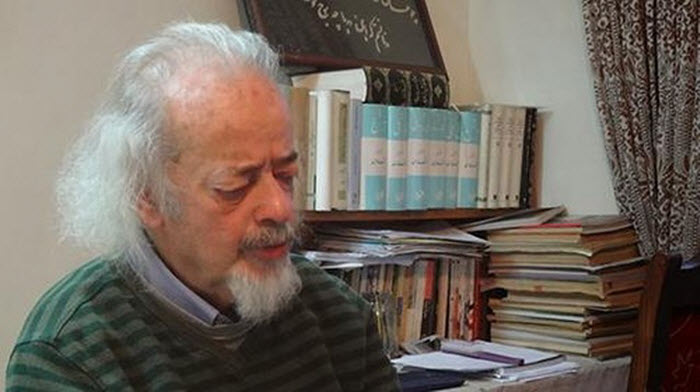 London, 3 September – In an interview published on the Internet August 29, Dr. Mohammad Maleki, the first President of Tehran University after the anti-monarchic revolution in Iran, he spoke about the massacre of political prisoners in 1988, and its support by the Iranian regime’s Assembly of Experts, and Mullah Pour-Mohammadi, current Justice Minister in Rouhani’s government. Dr. Maleki stated, “The government cannot maintain its power with crime, massacre and murder.”

Many regime officials, who previously denied the occurrence of this massacre, have now come out in support of it. Dr. Maleki explained, “The fact is that you can hide the truth from public eyes for a while, but not forever.”

“Many things had happened to us in prison before we got out in 1980s. When we told people, they did not believe, until a few years ago, no one believed. They thought it was hypocrisy and the same previous words (of Khomeini who used to say), ‘they themselves kill themselves, and put the blame on us.’ So, that is what it was…”

That is until Ayatollah Hossein Ali Montazeri’s audio file was released. On it he can be heard arguing with his fellow leaders about the scope of the 1988 executions, and the swiftness of their ‘justice’. It leaves no doubt that the mass executions occurred, or the horror of their range.
“And they (the regime’s officials) had to acknowledge it because they had no choice,” said Dr. Maleki. “Now that they accepted it, the next step is to justify and go along with it. So, they started attacking the Mujahedeen (PMOI/MEK) again.”

Now, according to Dr. Maleki, the truth is coming out. “However, now, little by little, the number and statistics of this massacre is being specified. People are now regularly sending videos from various cities that here is the burial place of the martyrs of 1988 massacre.”

“Contrary to what they said, that the massacre was only in Tehran and they were not more than 4 to 5 thousands, this is not the case. The problem was all over Iran and even in the villages. The Assembly of Experts admitted that ‘We could not maintain our rule (regime) if we hadn’t done it.’ Well, let go the regime. Do you do all sort of crimes in the world in order to maintain the regime? The government cannot maintain its power with crime, massacre and murder.”

When questioned about his analysis of the recent executions, he said, “These dictatorships and authoritarian regimes can only rule by creating fear and atmosphere of terror among the people. They have executed 80 to 90 to 100 people in the past two weeks. They think that they can govern with these killings and spreading terror and prevent the people (uprising) and intimidate and frighten them so that they do not attempt to protest, while history has shown that these things hardly result in anything in favor of dictators and the fate of tyrants is clear. The fate of a regime that wants to rule by force, killing and bloodshed and live on blood and bayonet is clear.”

He concluded on an optimistic note. “Unlike the past that they could silence the issue, but this time the issue is global. Now there are protests all over the world for justice, and I think that this issue will be dragged… and the depth and magnitude of the disaster becomes more and more clear… and the people who are fairly awakened and will be more awakened will decide the fate of the regime of Velayat-e Faqih (Supreme Leader).”

AFP: Iranian authorities have launched an inquiry into two...

AP: A high-level Iranian cleric called for the shooting...