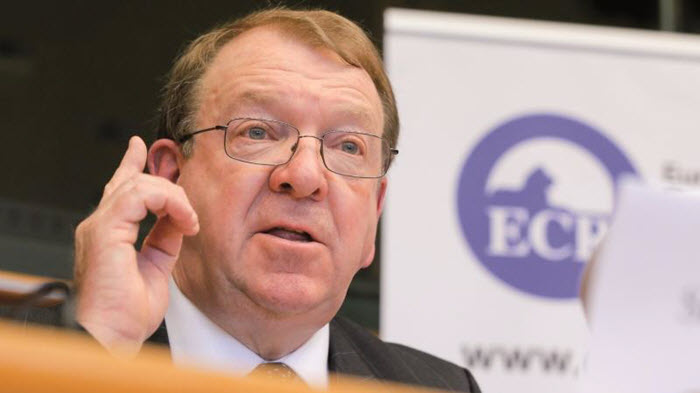 London, 4 September – Struan Stevenson is the president of the European Iraqi Freedom Association, and also served as a conservative MEP representing Scotland in the European Parliament from 1999 until his retirement in 2014. He was the president of the Parliament’s Delegation for Relations with Iraq from 2009 to 2014, as well as serving as president of the Friends of a Free Iran Intergroup. In his article for UPI on September 2, Stevenson speaks about the execution of some 30,000 political prisoners by the Iranian regime in the summer of 1988.

The People’s Mojahedin, activists of the opposition, were the major target of this horrific crime. Their mass executions took place in jails across Iran as part of a fatwa ordered by the regime’s then-supreme leader, the Ayatollah Ruhollah Khomeini, and a ‘death committee’, who approved all death sentences. Shockingly, Mostafa Pour-Mohammadi, a member of that committee, is now the justice minister under President Hassan Rouhani. Other ‘death committee’ members hold prominent positions within the regime.

As documented in the public domain, Khomenei decreed, “Whoever at any stage continues to belong to the Monafeqin (Farsi for “hypocrites” — the regime’s derogatory term to describe the PMOI/MEK) must be executed. Annihilate the enemies of Islam.” He added, “Those who are in prisons throughout the country and remain steadfast in their support for the Monafeqin are waging war on God and are condemned to execution. It is naive to show mercy to those who wage war on God.”

Khomenei allegedly ordered those who had already served their sentences and been released from prison, as well as those who had been sentenced to terms of imprisonment, all be put to death. He showed mercy for no one. Neither teenagers nor pregnant women were spared.

The courts that were set up in Tehran, and in cities across Iran, consisted of Sharia judge who demanded to know if a political prisoner supported the Monafeqin. Even the use of the expression mojahedin, got them sentenced to immediate execution. These trials took only a few minutes. It has been estimated that 20,000 political prisoners were hanged or shot in just the first 30 days of the 1988 pogrom.

This type of crime against humanity is a reminder of carnage like what happened in the Katyn Forest massacre, where Soviet NKVD slaughtered 22,000 Polish prisoners of war in April and May 1940. The victims were military officers, intellectuals, and public servants. Members of the Soviet Politburo, along with Joseph Stalin, signed the document ordering their execution. Although the Soviets tried to cover up the butchery, the Katyn Forest massacre has now become the subject of many books and films.

“Monstrous acts of butchery like Katyn have become grisly milestones in the history of oppression and tyranny. So why is it that the West seems determined to ignore an even greater massacre that took place within our own lifetimes, the perpetrators of which are not only still alive, but in positions of power inside Iran?” Stevenson asks, adding, “The truth about this horrific genocide was revealed on Aug. 9 this year when the son of Grand Ayatollah Hossein-Ali Montazeri, the former deputy supreme leader of the Islamic Republic and the nominated successor to Khomeini, published a previously unknown audiotape in which Montazeri acknowledged that the massacre had taken place and had been ordered at the highest levels.”

Montazeri can be heard on the audiotape criticising the death committee at a meeting in 1988. He says, “The greatest crime committed during the reign of the Islamic Republic, for which history will condemn us, has been committed by you. Your [names] will in the future be etched in the annals of history as criminals.” Because he listened to his conscience, and voiced his protests, the grand ayatollah was removed as the heir to the supreme leader, and placed under house arrest until his death in 2009.

All senior officials in the regime were complicit in the 1988 massacre. The ‘moderate’ president, Hassan Rouhani, was deputy commander-in- chief of the regime’s armed forces at the time, and as such, must have been aware of the plight of the political prisoners.

To date, none of the perpetrators have been held accountable. Twenty-eight years later, the silence of the international community shows how determined they are to do business with the Iranian regime. Stevenson says, “It is a disgrace that there has been no prosecution of the criminals who orchestrated and carried out the gruesome 1988 murders, which the regime continues to deny ever occurred.” He continues, “Indeed, revealing his own homicidal tendencies, Rouhani has presided over more nearly 3,000 executions since he assumed office three years ago. A surge of executions, have taken place in recent weeks, with up to 20 people a day going to the gallows, often in brutal public executions.”

“If the U.N. is to retain any shred of legitimacy, it must immediately launch a full and independent investigation into this appalling crime and insist on the arrest and trial for crimes against humanity of Khomenei, Rouhani and all of the other murderers whose bloodstained hands the West continues to shake,” Stevenson concludes.

Nuclear powers speak out against Iran

Why Iran Reopens Schools Despite the Coronavirus Risk?

By Pooya Stone On September 5, schools were officially reopened...