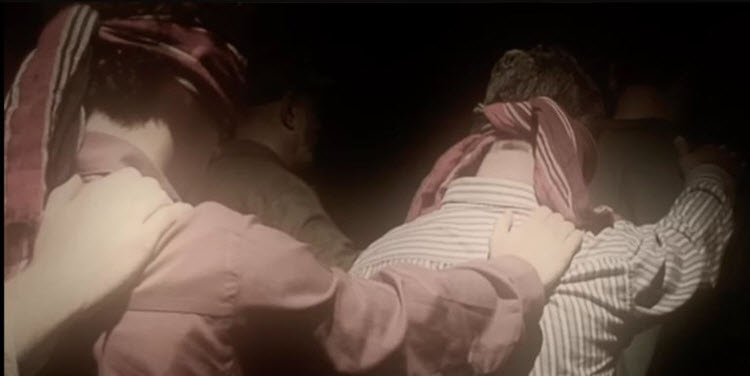 London, 8 September – This year marks it the 28th anniversary of the Iranian Massacre; an atrocity so huge that it accounted for the largest slaughter of political prisoners since WW2, and yet, it is again marked with silence from those at the head of the regime.

This is unsurprising, however, when you consider how many of those at the top have been implicated in the mass murder of 30,000 political prisoners- mainly members of the opposition group, the People’s Mojahedin Organization of Iran.

They spent the last three decades trying to hide their guilt; according to this piece  by Violet Russo, on Canadian Journalist for Free Expression, the regime banned prison guards from contacting their families, carried out executions in secret and left no witnesses alive.

She wrote: “Virgin girls were raped the night before their executions to prevent them from going to heaven; men and women were mercilessly tortured; mothers were beaten in front of their children, and wives raped in front of their husbands—all in a gruesome attempt to break their wills.”

Even once the political prisoners had been killed, they were afforded no dignity, buried in mass graves without markings to prevent a shrine growing there. Their families tried to mourn at Khavaran Cemetery in southern Tehran but the Iranian Revolutionary Guard Corps would attack them. Eventually, the regime bulldozed the cemetery.

According to Russo’s piece, those who were pardoned by the regime were made to walk through an Iraqi minefield or place a noose around the neck of an unpardoned prisoner.

The barbaric nature of this regime has not softened in the time since, with at least 230 people killed in 2016 alone.

Maryam Rajavi, the leader of the Iranian resistance called on for the United Nations to examine this crime against humanity and to bring the guilty to justice.

How is Iran preparing for Syria talks in Geneva?

Sunday Times: Israel has drawn up secret plans to...