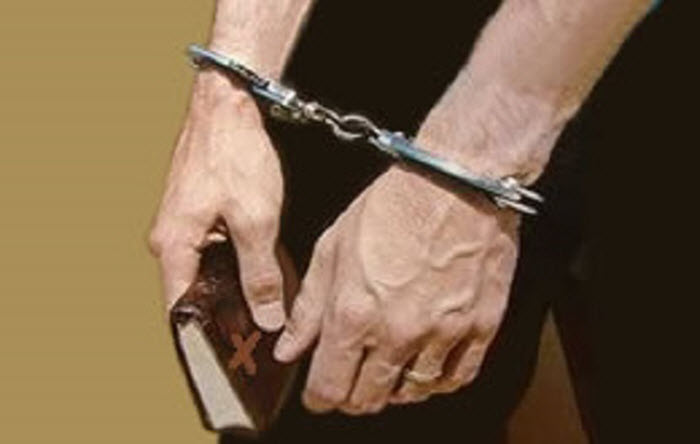 London, 27 Sep – Express has reported that three members of the Christian faith are faced with public flogging after taking Holy Communion wine.

The three victims Yasser Mossayebzadeh, Mohammad Reza Omidi and Saheb Fadaie have been charged with allegations against the country’s national security. Although they were arrested back in May, a trial will decide only next week whether they will be publicly flogged.

As explained by Euromonitor International, the “consumption of alcoholic drinks is totally forbidden according to Islamic law.” Since the judicial system in Iran is based on the Islamic or sharia law, even the watered-down wine which is typically offered at Eucharist or Holy Communion in the Christian tradition is forbidden in Iran. The crime of consuming alcohol is usually punished by lashing, and the trio in prison are facing between 10 and 100 lashes. The strikes are usually performed across the back in a public place with a lash which is three feet long. The punishment can prove to be fatal, as “many people faint after eight strokes due to the severe pain.”

Public flogging is a violation of the human rights. In 2015/16 Amnesty International reported several cases in Iran that saw “cruel, inhumane and degrading punishment” being executed in Iran. Flogging has also been used to punish those who don’t observe the strict Islamic traditions, imposed by the state. This is often paired with unfair ‘mock trials’ as in the case of the 500 people who were jailed in June, with 480 of them being sentenced the next day “for publicly breaking their fast during Ramadan.”

The National Council of Resistance of Iran (NCRI) have been fighting against such extreme measures and wish to install democratic measures in Iran. The NCRI believes in the separation of religion and state and is committed adhering to the Universal Declaration of Human Rights as one of its core principles.

Elaheh Azimfar, a spokesperson from the NCRI, has commented that “Iran’s regime continues to hand down brutal punishments such as flogging under the banner of Islam; whereas in reality, this is a medieval punishment that has nothing to do with Islam. This brutal punishment will have no place in the free Iran of tomorrow. These are not laws or justice; they are sheer brutalities.”

This is not the first instance when the Iranian government has clamped down on its people’s right to choose their own beliefs and other basic human rights. Earlier this year, posters appeared across Iran, using propaganda messages to force women into wearing the veil. Some public places in Iran even banned women from entering, unless they wore the veil.

Beheshti University has also posed extreme conformist measures in place which students must observe if they wish to study there. Their guidelines for female students state that women’s clothing should not stand out in any way. Among other prohibitions, women’s clothing “should be simple and away from outrageous fashions and different from the clothes worn in other places, like parties, ceremonies or recreational places.” The guidelines for males are also oppressive, with items like ties, bowties, “tight, thin or ripped pants,” sleeveless shirts and jewellery (“necklaces, chains, wristbands or bracelets”) is strictly forbidden.

Reuters: Iran resumed the flow of its export natural...