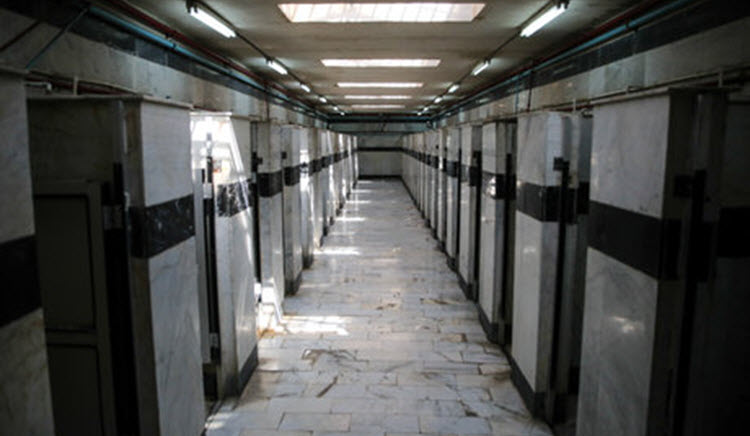 London, 29 Sep – Reports have surfaced that conditions in a Southern Iranian prison are failing to meet even basic sanitary requirements.

Zabol Central Prison in Sistan and Baluchestan Province (Southeastern Iran) is located 2,000 km from Central Iran. It was described by the National Council of Resistance of Iran as “one of the most remote and perhaps the most forgotten prison in Iran”.

Zabol Central Prison is so overcrowded that many prisoners do not even have a bed to sleep in; many cells have up to 25 prisoners inside. The prisoners are subjected to air pollution from the dust, deprived of safe drinking water and face significant health problems as a result.

The Iranian Regime reportedly use this prison as an almost exile; where many prisoners are charged with violent crimes. As a result, it becomes a place to keep political prisoners when they want to put extra pressure on them.

On September 24, the Regime sent a political prisoner in his sixties to this place.

Arjang Davoodi, who is 63, suffers from various illnesses like heart problems, kidney problems and diabetes but he was prevented from taking his medication, or any belongings, with him.

Davoodi, who was imprisoned in 2003, has been subject to torture and solitary confinement for a long time.

By Jubin Katiraie The news is short and illustrative....