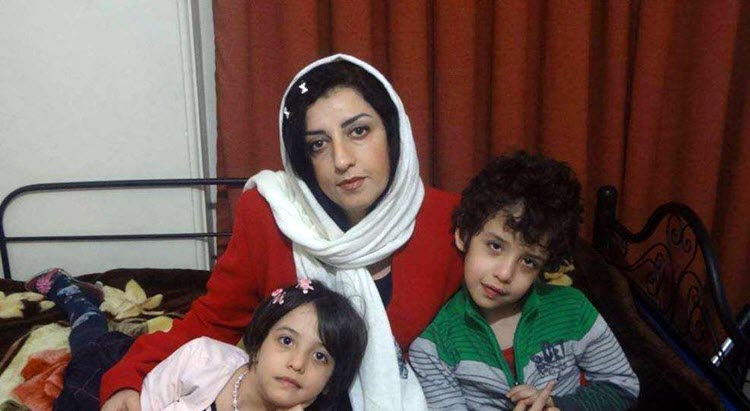 Narges Mohammadi was sentenced to 16 years in prison in May and this was upheld upon appeal.

Philip Luther, Amnesty International’s Research and Advocacy Director for the Middle East and North Africa, said: “This verdict is yet another cruel and devastating blow to human rights in Iran, which demonstrates the authorities’ utter contempt for justice.”

Mohammadi, a mother of two young children, has already served two prison terms on national security charges– the Iranian Regime’s go to accusation if they do not have legal recourse to imprison someone

Luther continued: “Narges Mohammadi is a prominent advocate of human rights and a prisoner of conscience. She should be lauded for her courage not locked in a prison cell for 16 years. By insisting that this harsh and appalling sentence is imposed for her peaceful human rights work, the authorities have laid bare their intent to silence human rights defenders at all costs.”

Mohammadi suffers from seizures and partial paralysis; her treatment was interrupted- against medical advice- by the Regime to imprison her.

Luther said: “It is particularly shocking that this sentence comes as Iran’s authorities are preparing for renewed bilateral dialogue with the EU, given that Narges Mohammadi was convicted for her work campaigning against the death penalty and meeting with the former EU High Representative for Foreign Affairs. This casts serious doubts over Iran’s commitment to engage meaningfully with the EU on human rights issues.”

He continued: “Narges Mohammadi’s conviction and sentence must be quashed and the authorities must order her immediate and unconditional release. We urge the EU to make these calls, too, and put the heightened repression of human rights defenders in Iran at the heart of their dialogue.”

Iran’s Officials: “We Are All To Blame”

Because of the destruction of the eight-year Iran-Iraq war...