Next U. S. President Faces Serious Challenge re: Iran 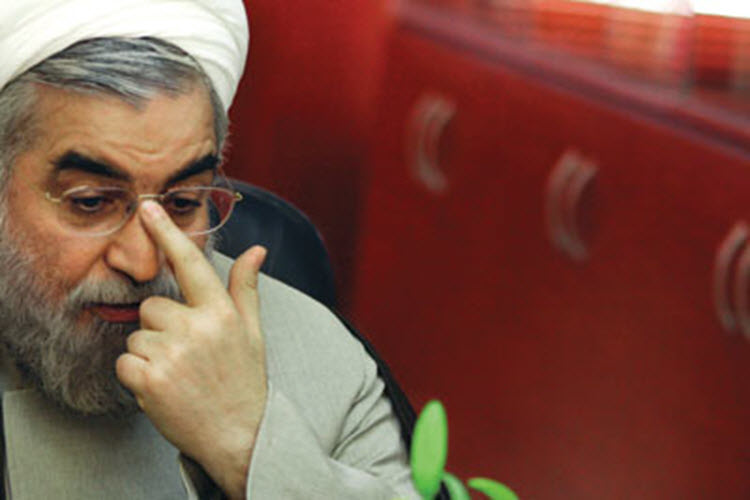 London, 8 October – On October 7, Shahriar Kia, press spokesman for residents of Camp Liberty, Iraq, and members of the People’s Mujahedin Organization of Iran opposition group (PMOI, also known as MEK), wrote for NewsMaxWorld about the challenges the next President of the United States will face, especially in regards to Iran.

“The regime in Tehran is known for its instigation of terrorism and strife across Lebanon, Iraq and Yemen. It has gained notorious fame for its violent meddling in the internal affairs of other countries, its support for the regime of Syrian President Bashar al-Assad in slaughtering more than 500,000 Syrians, and its track record ofhuman rights violations against its own citizens, especially women and youth,” Kia writes.

Silence regarding the regime’s involvement in the region’s unrest, and fostering illusions of Iran as an ally against ISIS, doesn’t address Iran’s human rights violations, and according to Kia,  “has prodded it to further undermine global security through manufacturing ballistic missiles, prototyping war drones, and continuing to fill the coffers of its extremist proxies in the region with the ransom money it receives from the West.”  Kia says that Tehran was given $1.7 billion in exchange for the release of four American citizens, the details of which came out while President Hassan Rouhani was in New York speaking at the UN General Assembly. He says that a deal between the U.S. and the Iranian regime, which granted and lifted sanctions from the main financial institutions that fund Iran’s nuclear missile program also came to light.

The Iranian regime insisted it needed sanctions relief to help its bankrupt economy to recover, but much of the funds released following the Nuclear deal negotiated between Iran and world powers, are being used to support of the Assad regime, instead, says Kia.

Members of the U.S. House of Representatives recently introduced a resolution that condemned the Iranian regime’s mass killing of political prisoners in 1988, and called for justice for the victims. The 28-year-old massacre was carried out under a fatwa by Khomeini, the founder and then–Supreme Leader of the regime, and in the span of four months, more than 30,000 political prisoners were executed.  The U.S. Congress is also very concerned over the current state of human rights in Iran, which has become an issue among its members.

The victims of the 1988 Massacre were mainly members and supporters of the People’s Mojahedin Organization of Iran (PMOI), the Iranian regime’s main opposition group. This is the same group that, in later years, unveiled Tehran’s secret nuclear program, and has garnered support across the globe, including both sides of the aisle in the U.S. congress.  Today, the PMOI is part of the National Council of Resistance of Iran (NCRI), led by Mrs. Maryam Rajavi, who has become the leading voice for regime change in Iran.

The scope of the 1988 massacre led Khomeini’s own chief deputy, the late Ayatollah Hossein Ali Montazeri, to deplore the act as “the greatest crime committed during the Islamic Republic, for which history will condemn us.”

A group of clerics who became known as the “death committee” held trials, many lasting only a few minutes, to determine those who would be executed. Many of those same persons now occupy key posts across the country. Mostafa Pourmohammadi, who now serves as Justice Minister in the government of the self-proclaimed “moderate” Rouhani is just one example.  Therefore, the search for “moderates” in the Iranian regime has been a frustrating part of U.S. foreign policy to date, while further human rights abuses continue in Iran, and instability spreads across the Middle East region.

Kia writes, “Whoever wins the next U.S. presidential elections will have a chance to right the wrongs and steer the foreign policy in a direction that will restore regional and global peace and stability.  The right place to start is to put an end to over two decades of appeasement toward the Iranian regime and holding its officials accountable for the uncountable crimes committed in Iran and across the world. It is about time that the U.S. stands with the Iranian people and their resistance movement.”

US: time not ‘unlimited’ on Iran nuclear offer

AFP: The United States warned on Friday that Iran...