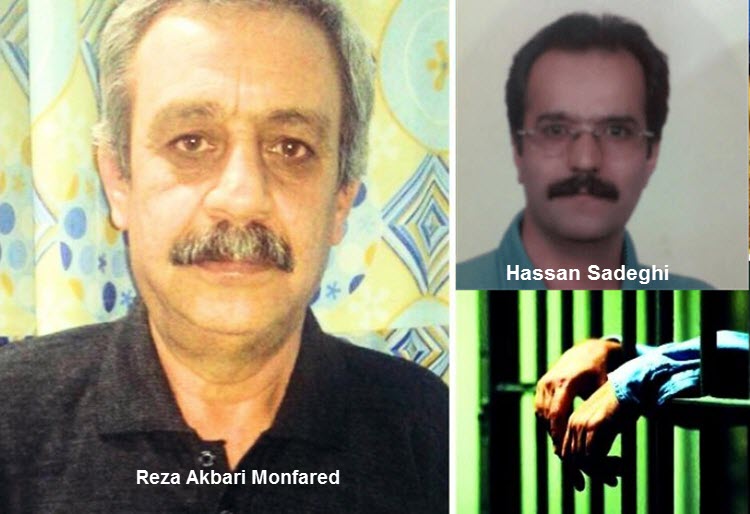 London, 31 October – Two political prisoners under the Iranian Regime have written a letter to the UN Special Rapporteur on Human Rights in Iran, Asemeh Jahangir, about their horrific imprisonment in Gohardasht prison in Karaj.

Hassan Sadeghi explains that he is on the verge of blindness as a result of torture in the notorious Evin Prison in the 1980s and denied him medical treatment for months at a time.

The Regime has also prevented his children from visiting him or his wife (a political prisoner in Evin Prison).

He wrote: “This injustice and oppression comes at a time when Larijani shamelessly brags about human rights in Iran and on the other hand brazenly calls the International Human Rights Office [proposed to be established] in Tehran a ‘nest of corruption’”.

He notes that the Regime leaders are involved in mass-scale corruption and refuse to feel even a little shame.

Reza Akbari Monfared explains some of the humiliations that are suffered by prisoners who want to visit their family.

He explains that he, along with his sister Maryam Akbari Monfared, had written letters condemning the execution of their siblings in the 1988 massacre and they had demanded to know the burial sites.

Monfared wrote that the Regime has since been, in essence, preventing familial visits by insisting that political prisoners are shackled during visitation.

Both parties explain that this shackling is a humiliation that political prisoners should not have to face and that they will not have their families see them shackled.

Monfared wrote: “We believe that those who should be handcuffed and shackled and be introduced to everyone while wearing prison uniforms, are the likes of Khamenei’s panegyrist (Saeid Toosi) so that people’s children are safe from his crimes, not the political prisoners who have been charged due to vindicating their rights as well as their people’s rights.”

Iran's government often commits action that are so stupefacient...