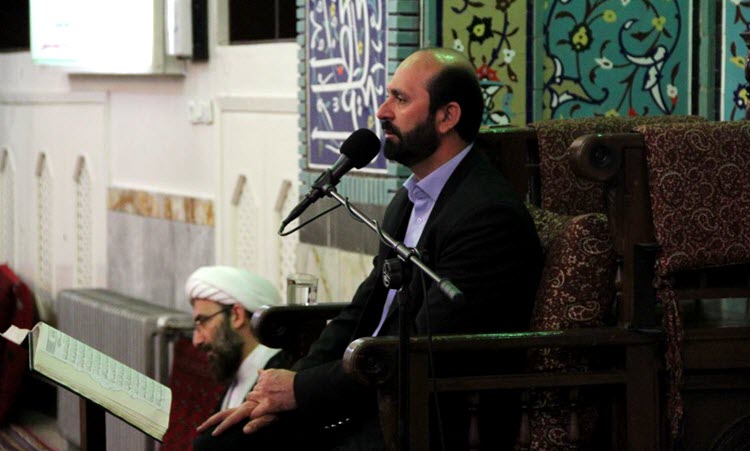 London, 31 October – Fresh revelations surrounding governmental corruption in Iran have surfaced which show that Supreme Leader Khamenei and other Regime authorities are the most corrupted in Iranian history and should be brought to justice.

It appears that Regime supporters, like Saeed Toussi, are essentially free to commit crimes with full impunity because of the dirty secrets they know about the Regime Leaders. On a leaked audio file, Toussi said: “His majesty (Khamenei) told Larijani to terminate the dossier. One can easily get rid of the guy. If they try me, I’ll take 100 people down with me.”

The case of corruption in the Regime has been dismissed due to “lack of evidence”, which is surprising considering the number of documents, CDs, tapes and official complaints submitted in the case, including two repentance letters in Toussi’s handwriting and texts which included his name and signature.

The Regime Authorities have tried to whitewash this scandal and force the victims to stay silent.

Mohammad Jaafari, the regime’s attorney general, said in a TV interview last Friday, that the people who released this dossier of corruption were trying to bring down Iran by calling its morals into question.

Mullah Larijani, head of the regime’s judiciary, described this dossier as a false flag designed to attack the state and its justice system. He threatened to prosecute those who leaked these files to the media.

Mullah Ejei, deputy, and spokesman for the regime’s judiciary, said that the dossier review was not yet finalized but, in an attempt to sweep it under the rug, claimed that a senior judge had claimed there was no proven issue.

He then threatened the press about publishing issues before a verdict has been given.

He said: “The court for Saeed Toussi must be held classified and the anti-revolution is after taking advantage of these type of dossiers.”

The regime uses torture, corporal punishment and the threat of execution in order to intimidate the Iranian people. They regularly execute political prisoners and anyone who speaks up against the Regime, including those arrested as juveniles.

The Iranian Regime has been a source of corruption for the past thirty years, and as long as they remain in power, nothing will change.