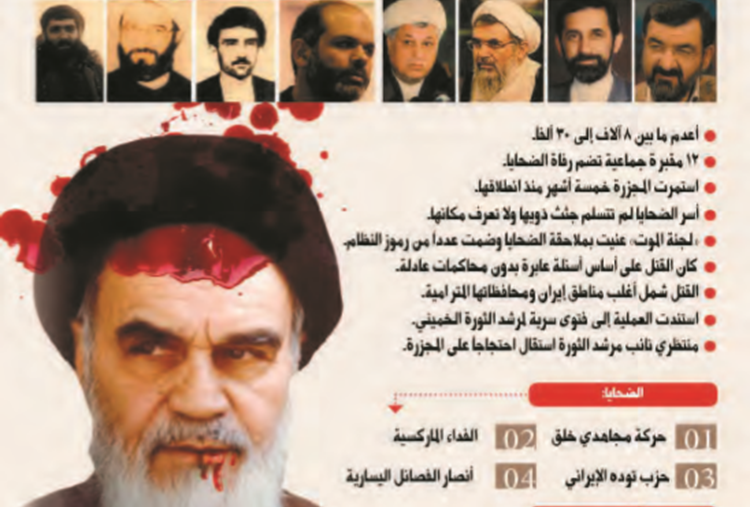 London, 10 November – A Saudi newspaper has called for Iran’s President and Supreme Leader to be put on trial for the 1988 Iranian Massacre.

The Saudi Al-Hayat newspaper has reviewed the growing international movement to obtain justice for the massacre victims. Excerpts of the newspaper article are available on the National Council of Resistance of Iran’s website.

The massacre, which mainly targeted members of opposition group the People’s Mojahedin Organization of Iran (PMOI/MEK),  was carried out by Death Commissions in 1988.

The Al-Hayat newspaper said: “The massacre witnessed the worst form of political purgation whereby the investigation leading to the death was limited to asking a question from the victim to specify their allegiance (loyalty) and fate. In fact, this brutal massacre has recorded the most brutal and violent actions in prisons in the history of Iran.”

In August of this year, an audio tape surfaced which revealed Ayatollah Montazeri, then heir apparent, criticising the Death Commission for murdering teenagers and pregnant women during the massacre.

The United Nations must investigate these murders as a crime against humanity and disclose the location of the 12 secret mass graves.

There are up to 60 members of the current Iranian Regime who were responsible for the Iranian Massacre, including Supreme Leader Khamenei and President Rouhani.