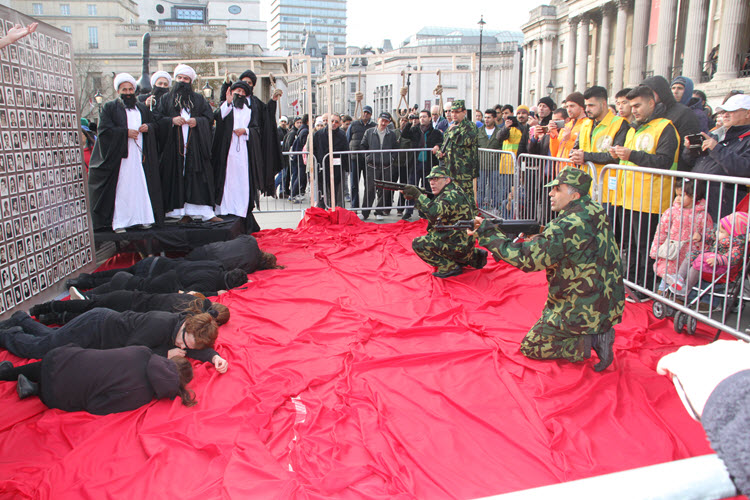 London, 21 Nov – Over 200 British lawmakers from all political parties have joined together to demand an international investigation into human rights abuses in Iran.

At a conference in the House of Commons last week; MPs, Lords, and religious leaders voiced their concerns over the growing number of executions in Iran, including the executions of juveniles and public hangings.

Matthew Offord, Conservative MP for Hendon, said that he was concerned over British business relationships with the Iranian Regime.

He said: “The current UK policy on pursuing business opportunities in Iran in the post-nuclear deal era risks empowering the Revolutionary Guards.”

Offord continued: “This paramilitary arm of the Supreme Leader is the major force in exporting terror out of Iran and suppressing any popular dissent, controlling close to 70 per cent of Iran’s economy.”

The lawmakers also called for an international investigation of the 1988 Iranian Massacre which killed over 30,000 political prisoners on the orders of the supreme leader, Ayatollah Khomeini.

The Regime buried the dead in secret mass graves, and the perpetrators still hold some of the highest positions in Iran.

Maryam Rajavi, the President-elect of the National Council of Resistance of Iran (NCRI), addressed the conference via video.

She said: “The regime preserves its power by these atrocities, even as the anti-government protests spread across the country.”

She continued: “If the international community had not remained silent and passive in this regard, letting the criminals evade justice, the wave of executions and repression in Iran could not have continued to date.”

The Iranian Regime carried out over 1,000 executions in 2015 alone, according to the UN and international organisations like Amnesty International.

Reuters: The Gulf state of Oman has sent a...