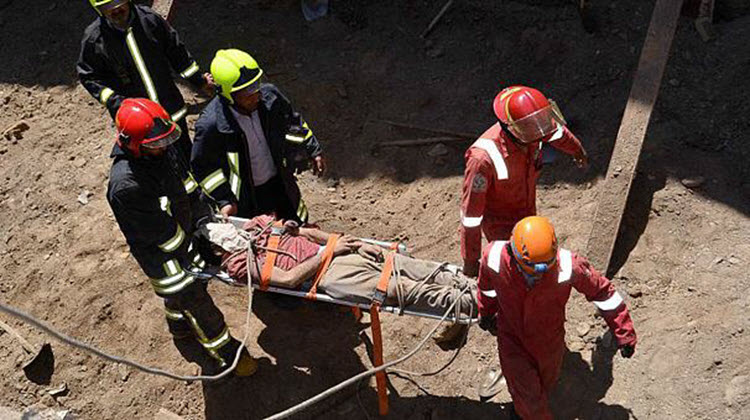 London, 21 Nov – Nearly 500 workers in Khorasan Razavi province in Iran, have died due to workplace accidents in the last four months, according to a report from Iranian state-run News Agency, ILNA.

During the last year, construction and employment in this province has decreased, while workplace accidents have increased. Labour activists have stated that the this is due to a shortage of safety equipment and a lack of education about workplace safety.

The Iranian Labour Ministry stated that over 1,400 workers die in Iran each year due to accidents and 8,400 people die due to diseases from their workplace, like asbestos exposure resulting in lung cancer.

This is just one example of the appalling situation for construction workers in Iran.

The chief of Iran’s Construction Workers Association, Akbar Shokat, said: “According to experts the monthly income of less than $580, is considered below the poverty line and while the construction workers monthly salary is $230, this figure is not the poverty line anymore, this is the misery line!”

He continued: “Today more than 95 percent of workers have temporary employment contracts.”

AFP: The trend of water fights in the Islamic...