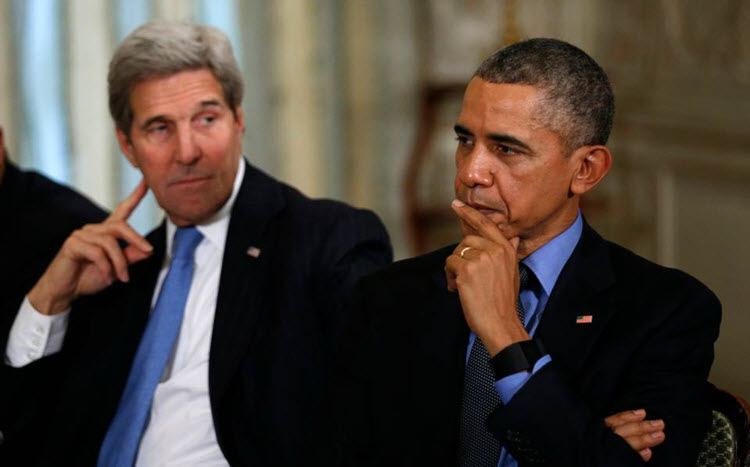 London, 20 Nov – In recent months, much has been said about the mistakes made by American policymakers with regards to Iran, and more specifically the unruly Iranian regime.

Heshmat Alavi, for The American Thinker, said that there are “inarguable mistakes” that need “urgent remedies” with regards to the way America is dealing with Iran. Now that a new president has been elected, albeit a rather surprising choice, it is finally time to right the many wrongs that the Obama administration is responsible for.

He said: “Considering the Iran nuclear deal, viewed by President Barack Obama as his foreign policy crown jewel, there are inarguable mistakes that need urgent remedies. Iran considered the Obama presidency as a golden era. It is now on the shoulders of Donald Trump and the new Republican-controlled Congress to patch various wounds inflicted by eight years of mistaken Iran appeasement policy.”

Alavi explained that the Obama administration wanted to extend a hand to America’s historic rivals. Yet traditional U.S. allies, some from Congress but mainly those in the Middle East, were angered at this course of action. It gave Iran a more responsible role in the international community following the nuclear deal – “a premise now revealed as a wish-fulfillment daydream”. However, despite its more responsible role, Iran’s behaviour has not changed. In fact, it appears to be worsening. Recently the International Atomic Energy Agency (IAEA) reported that Iran has, once again, gone over the permitted level of heavy water. Alavi said that this is a direct result of the Obama administration weakening its stance after the nuclear deal.

He added: “Iran is also taking advantage of the opportunity to continue its gross human rights violations, enormous support for terrorist groups not only across the Middle East but even in the U.S. and Europe as well, and persisting in inflaming wars in Syria, Yemen, and Iraq. The incoming administration in Washington has the opportunity to weigh a more serious approach against Tehran. Such a policy must force Iran to quickly wind down its nuclear efforts and bring an end to horrendous human rights violations and daily execution of its opponents.”

From the very beginning, the Obama administration took a turn for the worst, said Alavi, by pledging to pull out all American troops from Iraq. “This signaled a major American policy shift in the Middle East, raising concerns for U.S. allies and providing a much-sought opportunity for the mullahs in Tehran.” Obama’s administration tried to reason that Iran would have a constructive role in stabilizing the entire region, starting with Iraq. However, again, this didn’t happen. Obama decided to ignore Iran’s interference in Iraq in order to pursue the JPCOA at any cost, effectively “paving the way for Tehran’s political/military infiltration of Baghdad and fueling the rise of Daesh (ISIS)”.

So now the Trump administration has to build a firm policy, starting with recognising where the crisis is originating from. He must make Iran understand that the new administration will put an end to the current political period.
Obama’s leniency vis-à-vis Iran did nothing but embolden the tyrannical regime who intensified its domestic crackdown. Just because it could.

The appeasement policy adopted by President Obama was clearly a mistake. Donald Trump has to correct this because the people of Iran are “begging for the new administration to support their struggle for freedom”.

Alavi said: “Obama failed to extend his hand to the Iranian people. Donald Trump should not. His White House and the new Republican Congress should work closely to adopt a firm Iran policy worthy of the values America stands for.”