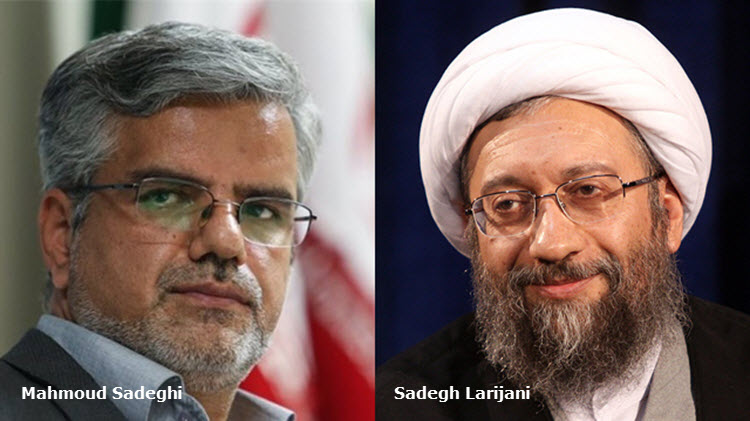 London, 30 Nov – The Iranian Regime has attempted to arrest a member of their parliament who called for a report into the bank accounts of the head of the Regime’s Judiciary, Sadegh Larijani.

Mahmoud Sadeghi managed to avoid arrest by stating that he had broken no law when the Iranian police arrived at his home, but he is effectively under house arrest with police waiting outside.

Ali Motahari, deputy speaker of regime’s parliament, stated: “We are witnessing that a representative who criticizes the Judiciary has been indicted immediately. While he only wants an explanation about an issue, this is how he is dealt with.”

Abbas Jafari Dowlat-Abadi, the Iranian regime’s prosecutor in Tehran, said: “The arrest warrant of a parliament member, Mahmoud Sadeghi was in accordance with the law and is still in force.”

He then accused Sadeghi of working with the Resistance forces in order to publicise this matter.

Massoud Pezashkian, another deputy speaker of the regime’s parliament, said: “The nightly action to arrest Mahmoud Sadeghi without informing the parliament is disrespect for the parliament first of all.”

Sadeghi stated that he will not bow to the pressures of the Regime agents.

The report into Larijani’s bank accounts was supposed to address the claims that Larijani had deposited public funds into a personal account.

By Jubin Katiraie Twelve medical staff in Iran have now died from...