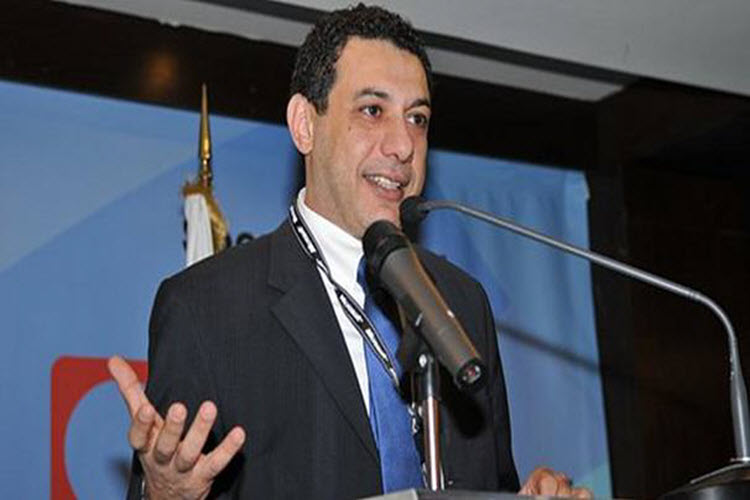 London, 19 Dec – An American-Lebanese citizen arrested by Iran’s Revolutionary Guard has gone on a hunger protest against his illegal arrest, asking for his unconditional release. Nazar Zaka, a Lebanese diplomat who was arrested during an official trip to Tehran to attend an IT-related conference.

Zaka’s lawyer has issued a statement from the United States. In an article published by the National Council for Resistance of Iran, (NCRI) on December 18, his lawyer, Jason Pablet, says that his client has been on a hunger strike since December 8 in protest of his arrest, and his being be held as a hostage, as well as to draw attention to all of those illegally imprisoned in Iran. Zaka sent out an audio message from inside the prison, asking the Lebanese Prime Minister, Foreign Minister and Director of General Security to intervene for his freedom after being held captive for more than 200 days.

The Iranian regime refused to publish any news regarding the arrest of Zaka for some three months.

Pablet said that his client has been under physical and psychological torture while being held in Iran’s prisons and has been deprived of medical and consular services.

Nazar Zaka was invited by Rouhani’s vice president in women affairs, Shahindokht Molaverdi September 2015 to come toTehran in to take part in a conference called “The Role of Women in a Sustainable Development”. At the end of the conference on September 18, according to an announcement by regime’s IT Organization, Zaka left his hotel and took a taxi to the airport. He never arrived at the airport or boarded the plane.

Fars news agency published an article titled “Who is Nazar Zaka, the arrested spy in Iran?”, on Sunday November 6. In it, the Revolutionary Guard confirmed Zaka’s arrest three months earlier, “Nazar Zaka has participated in some IT-related conferences in Iran. Meanwhile, it was said that Zaka along with some Iranian opposition figures had been preparing to launch anti-regime protests in Iran.”

Washington Times: Are the United States and Europe finally...