Nothing New in Rouhani’s “Charter of Citizens Rights.” Just a Re-Hash of Past Election Statements 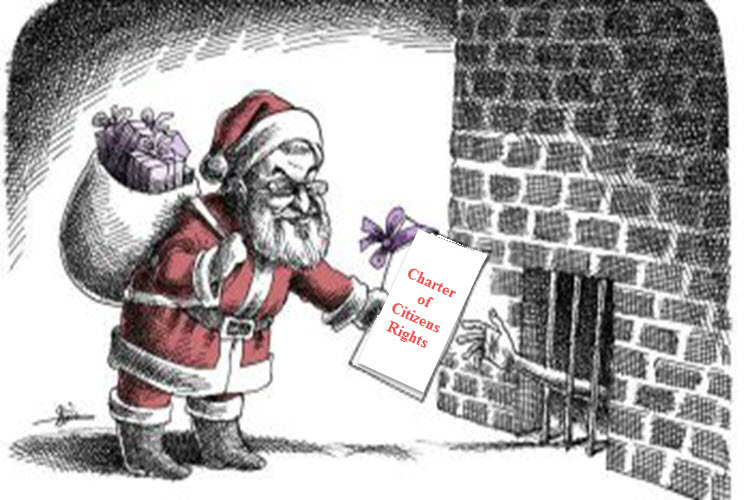 London, 23 Dec – On the very day that the UN General Assembly condemned violations of human rights in Iran, its president, Hassan Rouhani, published a statement, “Charter of Citizens Rights”, which merely repeats the Constitution and laws of the clerical regime, albeit rearranged. It’s shocking that this occurred in the midst of the justice seeking movement for the 1988 Massacre has gained strength both inside and outside Iran.

During 2013 election, Rouhani announced the same statements, and now he’s reusing them for next year’s election. What’s interesting is that he announced the initial report on implementation will be due after the election.

The Charter consists of 120 articles, none of which challenge the absolute authority of the Supreme Leader, or the complete denial of popular sovereignty, the violation of fundamental rights of women is not addressed, nor are other inhumane laws that have been institutionalized in the clerical regime.

The first article states, “The right to life cannot be denied from citizens except in accordance with law”. According to an article published by the National Council of Resistance of Iran (NCRI) on Wednesday, December 21, “This is nothing but confirmation of 120,000 political executions and mass executions that are happening every day. All these crimes are carried out based on the “law” of Velayat-e-Faqih. Rouhani has previously described all these executions as implementing law and divine command.”

Women’s rights are discussed within the framework of the law — the same law that denies all economic, social and political rights to women. The same law considers women’s rights as being half of men’s, and denies them many careers.

Here is what is said about freedom: “These freedoms are only limited based on necessity and according to the law.” He fails to mention various police organs established according to the law to quell all freedoms, whose wages are paid for by Rouhani’s cabinet and are under the command of his Interior Minister. Mercenaries titled as ‘Hijab (veiling) Police’, ‘Cyber Police’, ‘Mountain Police’, ‘Invisible Police’ and …

Ownership rights are referred to in Article 75, which reads that expropriation is banned, ‘unless it is according to the law’. “Rouhani, fails to explain the fate of the hundreds of billions of dollars stolen by the mullahs’ regime and senior regime officials from the Iranian people over the 38 years of the mullahs’ rule, and what happened to the $95 billion wealth in the ‘The Executive Headquarters of Imam’s Directive,’ practically becoming Khamenei’s personal wealth, all stolen from the Iranian people,” declares the NCRI.

The last part of the Charter speaks to the export of terrorism, calling the killings in Syria, Iraq, Yemen and other countries “foreign policy using various wise measures” for “combating violence, extremism and in defense of innocent people’s rights,” emphasizing “allocating adequate resources to equip and strengthen the armed forces” and “allocating enough supplies to strengthen the defense capability.” This is the same policy Khamenei and his inner circle, including Rouhani, have been imposing on the people of Iran and the rest of the region.

Spending The Iranian people are angry of the use of their assets on the wars like those in Syria and Iraq. “Undoubtedly, Rouhani deserves the medal of obscenity. When introducing this document he said, “These citizenship rights tell the world that Islamic Republic of Iran has this capacity; Islamic Revolution has this capacity to make the best use of all new legal characteristics of today’s world in the context of Iranian Islamic culture,” concludes the NCRI.

In Brief: Man hanged in public in western Iran