Iran Regime’s Militias Are Endangering the Future of Iraq 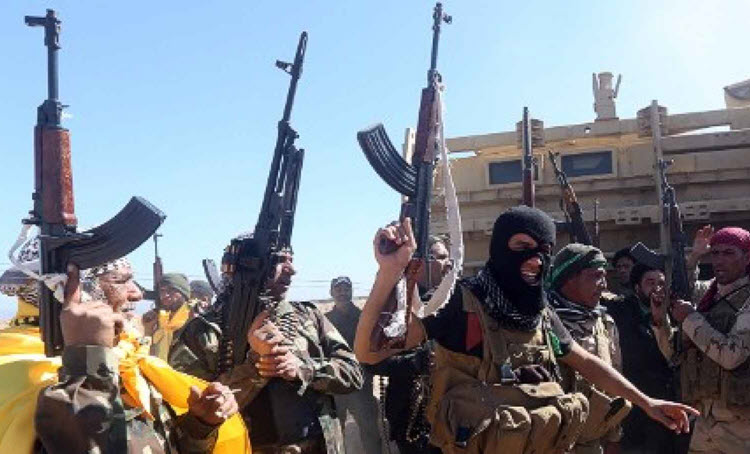 London, 11 Jan – The future of Iraq is being threatened by Iranian- backed Shiite militias, known as the Popular Mobilization Units (PMU), who carry out war crimes and revenge attacks on the Sunni population under the guise of fighting ISIS, according to Amnesty International.

The PMU, which was established in 2014, has officially been involved in the Syrian Conflict and the Iranian fight to retake Mosul from ISIS but Amnesty International notes that the paramilitary units are using arms supplied to Iraq by the USA and Europe to kidnap, torture and kill thousands of Sunni men and boys who have no connection to ISIS.

These attacks have previously been raised as concerns by Human Rights Watch and the UN.

In January 2016, Human Rights Watch stated: “Members of Shia militias, who the Iraqi government has included among its state forces, abducted and killed scores of Sunni residents in a central Iraq town and demolished Sunni homes.”

The charity demanded that militias who had perpetrated such offences be banned from taking part in other military operations with Iraq, while the UN High Commissioner for Human Rights Zeid Ra’ad Al Hussein provided evidence that the Kata’ib Hezbollah was responsible for attacks on a Sunni community.

Even the Saudi Foreign Minister, Adel al-Jubai, described the group as “sectarian” and run by the Iranian Regime.

However, their advice was ignored and Iraq now recognises the PMU as an official security entity, a move which actually violates the Iraqi Constitution.

The National Council of Resistance of Iran (NCRI) produced its own report on the PMU, highlighting that PMU forces are one of Iran’s main weapons in the fight against democracy, in Syria, in Iraq, and in Iran.

The Iranian Regime seeks to destabilise the middle east in order to benefit from the chaos.

NCRI President Maryam Rajavi said, “The regime in Tehran is the source of the crisis in the region and killings in Syria; it has played the greatest role in the expansion and continuation of ISIS. Peace and tranquility in the region can only be achieved by evicting this regime from the region.”

Reuters: Iranian gasoline imports have slumped by as much...