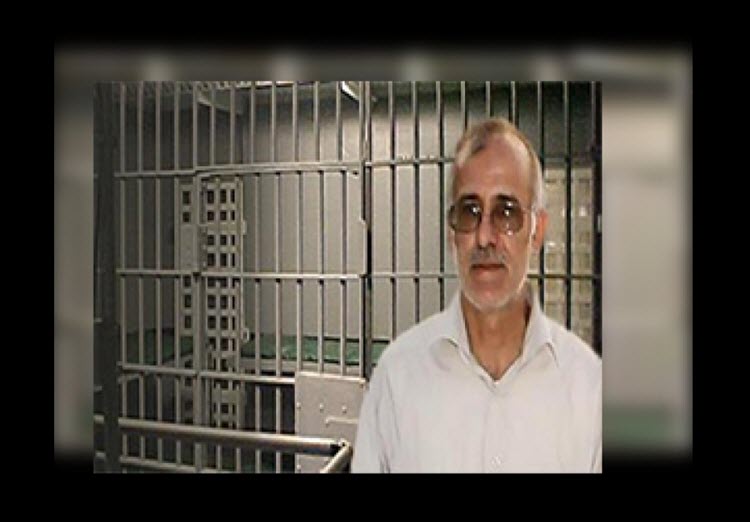 London, 16 Jan – There are deep concerns for the fate of ‘missing’ political prisoner, Ali Moezzi.

There has been call on all international human rights organisations, especially the UN High Commissioner for Human Rights Zeid Raad al-Hussein and Special Rapporteur for Human Rights in Iran Asma Jahangir, to help save Moezzi’s life.

He has now been ‘missing’ for 12 days; he was last seen on January 4 when his family visited him at Gohardasht Prison in Karaj but he was then abducted by agents of the Iranian Regime.

Eyewitnesses said that the authorities resorted to force when Moezzi would not simply go with them; tearing at his clothing and dragging the 62-year-old on the ground.

He has never returned to his cell afterwards and is believed to be in solitary confinement in Tehran’s notorious Evin Prison but the authorities will not give out any information, even to his family.

Moezzi, who is suffering from cancer and other illnesses, was imprisoned in 2011 for attending the funeral of a supporter of the resistance group, the People’s Mojahedin Organization of Iran (PMOI/MEK).

He was sentenced to five years but this was extended, without reason, in 2016.

Political prisoners in Gohardasht Prison wrote a letter to Jahangir stating that their imprisonment had greatly worsened.

It read: “Not only do we continuously witness prisoners being executed, tortured and harassed more than ever before, in fact, new methods are used for the further crackdown and repression… including… inmates being abducted and disappearing during normal commuting inside prisons… This is the new definition of ‘security and power’ in the government of Hassan Rouhani.”

Rouhani Warns, the Tough Days Are yet to Come