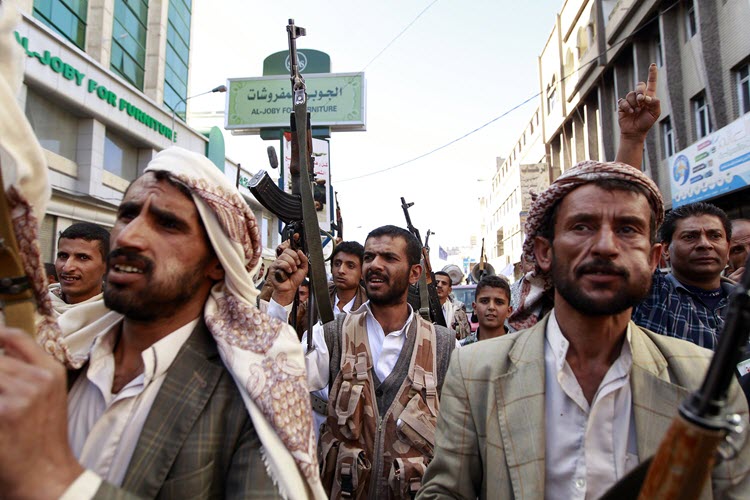 London, 16 Jan – Western leaders are ignoring their own intelligence communities regarding Iran’s destructive influence in Yemen, according to an expert in middle eastern affairs.

Baraia Alamuddin, a foreign editor at Al-Hayat, wrote and op-ed on Arab News citing that the USA was too preoccupied with appeasing Iran to listen to any of its glaring flaws.

She states that Gen. James Mattis, who is being considered for defence secretary, gave weekly warnings to President Obama regarding Iran’s destruction of the Middle East, but was quickly replaced.

It is hoped that Donald Trump will heed Mattis’ warnings and work with the USA’s middle eastern allies to stop Iran’s flagrant destabilisation of the Gulf Region. However, Trump has continually shirked his intelligence briefings since becoming President-elect preferring to send his VP Mike Pence instead. Hopefully, Pence will heed the warnings instead.

Photographs were recently revealed by the Australian Government that showed that Iran had been shipping thousands of weapons, including rocket-propelled grenade launchers, to Yemen.

This violates international sanctions on Iran exporting weapons but considering how many times Iran has flouted this ban, we shouldn’t be surprised.

That was merely one shipment, though. Many thousands more were seized in multiple raids by France and the US in 2016.

A report by Conflict Armament Research stated that these weapons showed “characteristic of Iranian manufacture” and indicated the existence of a “weapons pipeline extending from Iran to Somalia and Yemen”.

Iranian officials as much as confirmed their guilt, stating: “[There has been a] sharp surge in Iran’s help to the Houthis in Yemen.”

If the Houthis overthrow the government, this could put a fourth Arab nation under Iranian control.

In early January, Iranian Revolutionary Guard Corps (IRGC) commander Hussain Salami declared: “It is now time for the Islamic conquests. After the liberation of Aleppo, Bahrain’s hopes will be realised and Yemen will be happy with the defeat of the enemies of Islam.”

Alamuddin wrote: “Iran’s self-proclaimed role in “liberating” Yemen is being ignored in the West. The smuggling of eye-watering quantities of heavy Iranian weaponry into Yemen passes without comment. Meanwhile, the media and human rights groups have taken every opportunity to give intense coverage of allegations of humanitarian suffering resulting from actions by the Saudi-led coalition.”

By Jubin Katiraie The Research Center of Iran’s Majlis (Parliament)...