Iran sends member of terrorist organisation as ambassador to Iraq 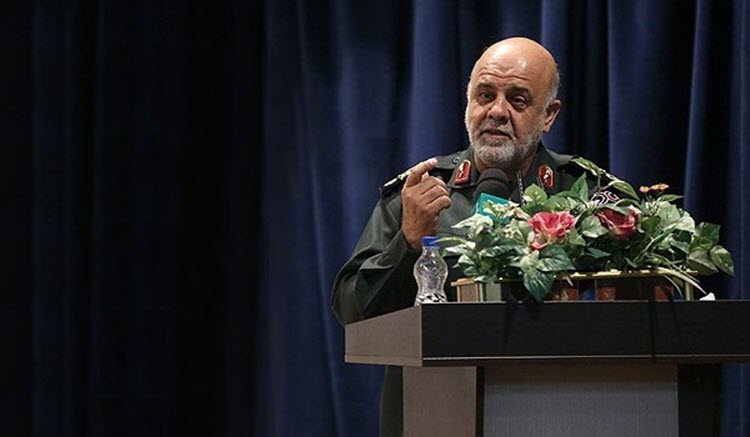 London, 16 Jan –  The Iranian Regime has appointed a member of a terror group as their new ambassador to Iraq.

It was announced on January 11, that Iraj Masjedi, the senior adviser to Qassem Soleimani commander of the IRGC terrorist Quds Force, will succeed Hassan Danaifar as ambassador to Baghdad.

Speaking on state-run television, Masjedi said: “Yesterday the frontline of our fighters was Abadan, Khorramshahr, Mehran and… and now the frontline is Mosul, Lebanon, Aleppo and Syria.”

Only one of those places is currently being targeted by ISIS, Mosul. So his statement reveals that Iran is interfering in the Syrian civil war in order to prop up a dictator and supporting the terrorist faction, Hezbollah in Lebanon.

Masjedi is one of the most senior members of the terrorist Quds forces and he was most recently in charge of preparing and dispatching mercenaries to Syria.

In 2015, Masjedi went to Iraq to recruits militants and sent between 4,000 and 5,000 Iraqis to Syria, just prior to Ramadan. This move caused heavy loss of life in Syria.

In 2007, Masjedi was again in charge of Iraqi militias.

His appointment has sparked anger in Saudi Arabia. The Saudi minister of state for the Gulf region, Thamer Al-Sabhan, slammed the appointment via Twitter and called for the Saudi embassy in Iraq to be closed.

He said: “Iran appoints a war criminal and (one of the) world’s wanted men as its envoy in Iraq and demands closing the Saudi consulate in Erbil. We didn’t hear any Iraqi comment! True comprehensive sovereignty!”

US says Iran must show action by Moscow talks

AP: The United States appeared to set a deadline...

Russia says to load fuel in Iran reactor on Aug 21

Reuters: Russia will begin to load fuel into the...