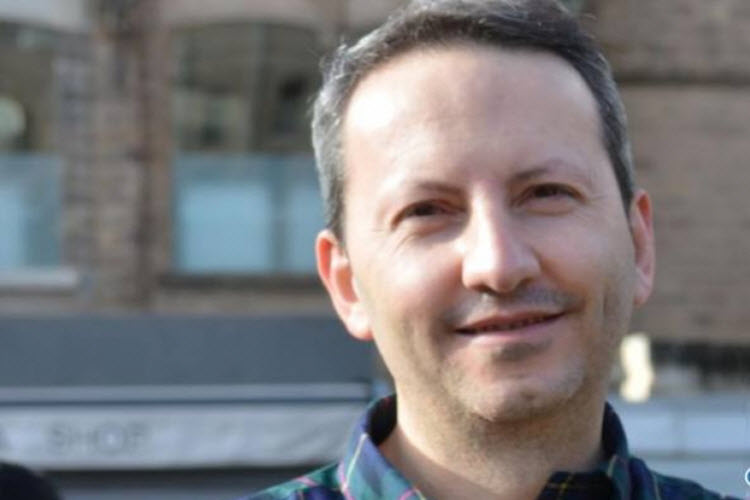 London, 4 Feb – An Iranian-born researcher has been sentenced to death in Iran for supposed security-related offences. Mr. Ahmadreza Djalali is a scientist researching disaster medicine at the Free University Brussels (VUB) and at the Research Centre in Emergency and Disaster Medicine (CRIMEDIN) at the University of Eastern Piedmont in Novara, Italy.

Djalali, 45, is married and has two children aged 14 and five. He began a hunger strike on 26th December and has lost 18 kilograms.

He was arrested over nine months ago in April last year by the security agents of the Iranian Ministry of Information, but the charges have not yet been specified. Djalali was travelling from Tehran to Karaj at the time of his arrest. He has spent the majority of this time in solitary confinement and has not been allowed to consult with a lawyer.

Colleagues are protesting his innocence and are doing their best to stop his execution from taking place. They are campaigning for his release on Facebook. A Turkish supporter, Hakan Altintas, has set up a petition urging Iranian authorities to release Djalali.

The head of VUB’s Research Group on Emergency and Disaster Medicine, Ives Hubloue, convinced he would not do anything to undermine the Iranian government, said: “Ahmadreza is passionate about science. He’s not interested in politics.”

Djalali’s family were afraid that bringing attention to his situation would make matters worse, so they told his colleagues that he was in a coma after being involved in a car accident. It was only in October last year that his colleagues found out he had been imprisoned, but his family insisted that the matter was kept quiet.

However, the sentencing of execution was announced on Wednesday and this changed.

His colleague explained that Djalali has a Ph.D. in disaster medicine which is about the management of health care during major emergencies. He is a highly qualified and educated individual who is currently researching how hospitals can be prepared for large-scale emergencies and disasters – following terrorist attacks and natural disasters, for example.

The petition for his release states: “Ahmadreza has informed his family in Iran that he was forced to sign a confession, but the content is unknown. His family has been informed that the investigation relates to an issue of ‘national security.’ They have no evidence against him, but they are continuing to keep him.”

It could be that the charge is connected to his contacts from around the world. Through his work he has contacts from many different places including Israel, Saudi Arabia and the US. His colleague emphasised that his contacts are work-related, and more specifically centred on the science of saving lives.

Iranian chocolate thief ‘to have hand chopped off’

AFP: An Iranian court has condemned a man convicted...