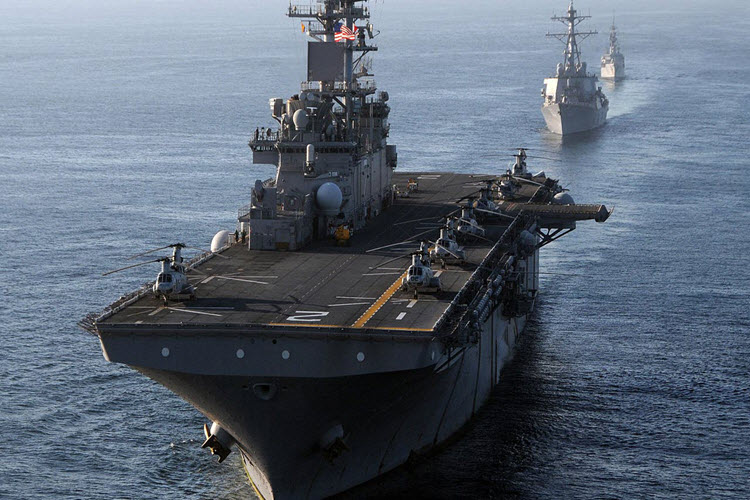 London, 5 Feb – US officials announced on Friday that waterways off the coast of Yemen are now being protected against hostile activity. The officials said that the US sent a Navy destroyer to patrol the waters and to provide protection from Houthi militia that are backed by Iran.

This news comes just shortly after tensions mounted between the United States and Iran.

The destroyer, USS Cole is now around the Bab al-Mandab Strait area not far from south-west Yemen. It will patrol the area and escort other vessels.

The same destroyer was victim of an attack in 2000 when al Qaeda terrorists steered a vessel full of explosives into the side of it. The USS Cole was refuelling in the port of Aden in Yemen when the incident happened. It resulted in the death of 17 American sailors. Several other soldiers from the ship were injured too.

This is not the first time military vessels from the US have patrolled areas in the region. Its presence there now is the latest in a series of actions in an attempt to protect against the Houthis.

Iran has close ties with the Houthis – backing up their actions and supporting them. Their actions are contrary to the US’ actions in the region.

Last week Iran test-fired a ballistic missile. This resulted in the US putting Iran “on notice” as confirmed by national security adviser Michael Flynn.

The following day, President Donald Trump said that in US relations with Iran “nothing was off the table”, prompting reports that military action could be a possibility.

At the beginning of the week, armed Houthi fighters launched an attack against a Saudi warship causing an explosion. Two crew members died in the incident which took place off the west coast of Yemen.

This is just one more incident in a recent spate of attacks between the coalition backing the country’s internationally recognised government and the militia.

Yesterday the US Treasury Department announced that 25 individuals and entities would be sanctioned under US Iran sanctions authority, resulting in increased tensions between the two countries.

Forbes: Though Iran and Syria face many constraints...