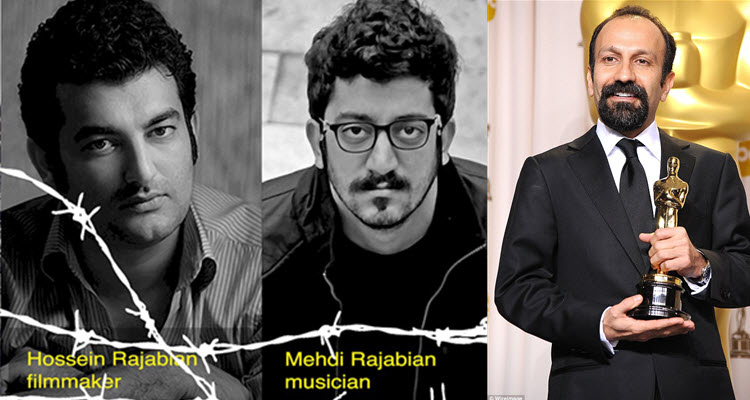 London, 3 Mar – Iranian film director Asghar Farhadi won an Oscar for his drama “The Salesman”. However, he did not attend the awards ceremony in the United States. Instead, Iranian-American astronaut Anoush Ansari read a statement on behalf of Farhadi. He said: “I’m sorry I’m not with you tonight. My absence is out of respect for the people of my country and those of other six nations who have been disrespected by the inhumane law that bans entry of immigrants to the U.S.” His award was accepted on his behalf by Dr. Firouz Naderi – a director of NASA’s Solar System Exploration program.

Farhadi took the opportunity to make a bold political statement. However, he missed an even bolder statement – an opportunity that would have made more of an impact on his beloved countrymen in Iran. If he had travelled to the US and accepted his award in person he would have had the opportunity to stand up in front of a huge, international audience to condemn the Iranian regime for abusing the human rights of its own people.
Mohammad Javad Zarif, the Iranian minister of foreign affairs, tweeted his approval of Farhadi’s message and took the opportunity to once again slam President Trump’s “Muslim Ban”. This reaction is terribly ironic because in Iran filmmakers are sent to jail and are suppressed beyond belief.

For example, Mahnaz Mohammadi, a filmmaker and women’s rights activist was jailed for “collaborating with the BBC”. Hossein Rajabian and his brother Mehdi Rajabian were jailed for “insulting Islamic sanctities” and “illegal audio-visual activities”.

Another example is the case of Atena Farghadani who was put in prison for “insulting members of parliament through paintings” and for “spreading propaganda against the system”. Her lawyer Mohammad Moghimi was also sent to jail because he let Atena shake his hand. Atena was also humiliated by being forced to undergo a virginity test.

In the US, Atena would have been free to express herself as she pleased through her artwork. In Iran she was jailed. She painted Iranian members of parliament as animals. A piece of artwork depicting police officers as pigs in the US won a prize and was displayed in Capitol Hill.

The Iranian regime wants to stop its own people from expressing themselves and to prevent them from participating in the free world.

“An eye for an eye” – Iran hands out gruesome punishment

AFP: Russia regrets that Iran has apparently rejected a...