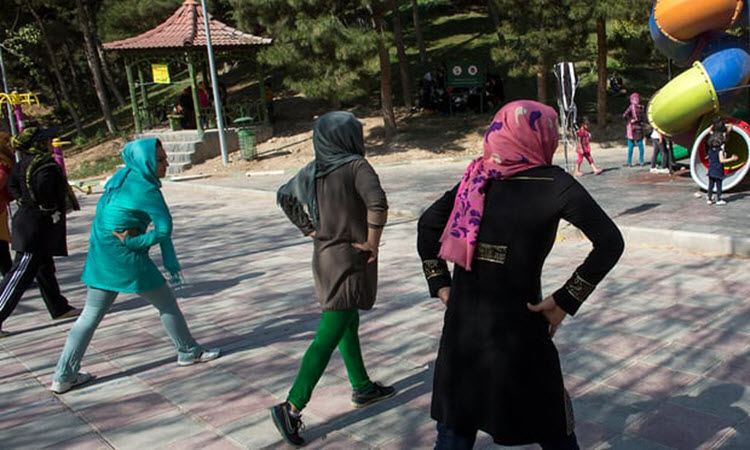 London, 12 Aug – Iran has arrested six people for attempting to teach Zumba classes to children, which the totalitarian Regime equates to an attempt to “change lifestyles”.

Four men and two women have been charged for their choice in excercise, which the Iranian Sporting Federation described as “rhythmic motions and dance and are unlawful in any shape and title”, and for not adhering to Iran’s strict hijab dress code.

Hamid Damghani, an official with the Iranian Revolutionary Guards Corps (IRGC), said: “The members of a network teaching and filming Western dances have been identified and arrested.”

In Iran, women are banned from dancing in front of men outside of their immediate family and are banned from wearing revealing clothing or removing their headscarves in public.

The exercise classes were filmed and put on social media, which is how the IRGC found the teachers.

Damghani continued: “The team attracted boys and girls, taught them western dances and published their video clips on social media apps like Telegram and Instagram. They were arrested by the Guards’ intelligence forces while teaching and creating video clips… as they sought to change lifestyles and promote a lack of hijab.”

Then, in a quote that you’d swear was taken from a satire site, he said: “The promotion and teaching of dancing in the name of the sport in women’s gyms is a serious issue.”

Presumably dancing is right above an illegal nuclear weapons programme, the drought and subsequent water crisis facing Iran, numerous human rights abuses, and unnecessary involvement the Syrian Civil War on behalf of the Bashar Assad dictatorship on the list of things taken seriously by the Iranian Regime.

One brave gym manager told Iranian state media that he would not hesitate to continue Zumba classes, even if he had to change the name.

He said: “We need to have these classes. We have been teaching Zumba for 12-13 years and if they ban it, we will continue our class under a different name.”

This is not the first instance of Zumba teachers being arrested in Iran and despite being perfectly within the laws of the country, it is even prosecuted at female-only gyms, proving that this law is less about modesty than it is about control of their citizens, especially women.

In 2014, seven young Iranian made a video of themselves dancing to the song “Happy” by Pharrell Williams, and were subsequently arrested by the Regime. They were lashed and given suspended jail sentences.

Reuters: OPEC president Iran threw down the gauntlet to...