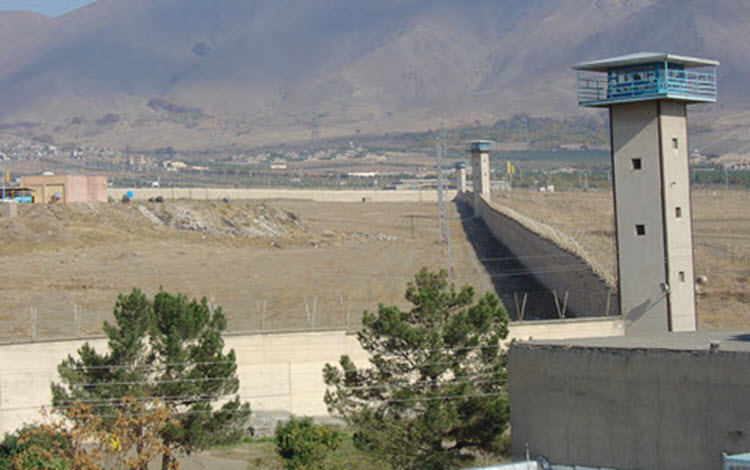 London, 19 Aug – In Ardebil prison, Northwest Iran, a group of political prisoners wrote a letter of support for the political prisoners who are on hunger strike in Gohardasht prison near Tehran. This letter urges the U.N. Special Rapporteur on Human Rights in Iran, as well as the U.N. High Commissioner for Human Rights, to take immediate action to save the lives of these prisoners.

Following an indefinite hunger strike, special guards raided Ward 4, Hall 12, and forced transfer of political prisoners and prisoners of conscience to Hall 10 after beating them, according to an article published by the National Council of Resistance of Iran (NCRI) on August 1st.

Hall 10 of Gohardasht prison, is equipped with 40 CCTV cameras and 64 surveillance systems, against prison regulations. The transfer of all drugs and equipment of the sick prisoners was not allowed. Additionally, none of the refrigerators, TVs and food belonging to the prisoners was transferred to Hall 10 and, “according to the prison management order, the political prisoners and prisoners of conscience transferred to this hall can only use the prison rations of food.”

In their letter, they stressed that if the demand of the political prisoners in Gohardasht is not met and they are not returned to Hall 12 of the prison, they will begin a hunger strike too.

The text of the letter is reproduced below:

We, exiled political prisoners in Ardebil prison, learned that the political prisoners in Gohardasht prison have been abruptly transferred to solitary confinement and hall 10 of the prison more than two weeks ago. Hall 10 has more than 40 cameras and surveillance devices with max-security atmosphere and the prisoners are constantly under the sight and surveillance of the cameras. In protest to this sudden and suspicious transfer, a group of our brothers in solitary confinement and Hall 10 staged an indefinite hunger strike more than two weeks ago and are deprived of family visits and contacts.

We support the political prisoners in Gohardasht prison on hunger strike and declare:

We prisoners have no one but God, and we have no power higher than and beyond the hunger strike to defend ourselves against the enemy, the executioners who have held us captive.

Hunger strike is always one of our last defensive shields to resort to from the horrific attacks by the oppressive rulers who have no mercy on Iranian men and women, young and old.

As political prisoners, we fully understand that why our imprisoned brothers in Gohardasht prison have taken such action under severe psychological and physical pressure and torture and decided not to eat food.

Have you ever wondered what causes a person to go on hunger strike and not touch any food for a long time? It is harder to endure the cruelty and criminality of the rulers than to tolerate a gradual death. Because we are political prisoners and prisoners of conscience in Iran, we are ready to die with dignity, but we do not give in to humiliation and abjection.

We support the legitimate demands of the political prisoners on hunger strike, Mr. Abolghasem Fouladvand, Saeed Masouri, Reza Akbari Monfared, Hassan Sadeghi, Ja’far Eghdami and Shahin Zoghi-Tabar and other hunger striking prisoners in Hall 10 of Gohardasht prison regarding their return back to Hall 12 of the prison.

If the political prisoners in Gohardasht prison do not meet their demands, we will stage a mass hunger strike in their support, because we believe that one should not give in to the oppression and if a tyrant oppresses someone and the oppressed accepts the oppression, he is no different that the oppressor himself.

And now it is the political prisoners turn in Ward 12 of Gohardasht prison to experience crack down and oppression. How long do we have to tolerate this and remain silent?

Freedom is the right of every human being. They have deprived us of our greatest human right. We are subjected to various torture and persecution on a daily basis that are designed and implemented in the Think Tanks Chambers of the regime of Velayat-e Faqih (Supreme Leader).