Negotiations Between Iraq and Saudis RE: Alliance to Rebuild Iraq 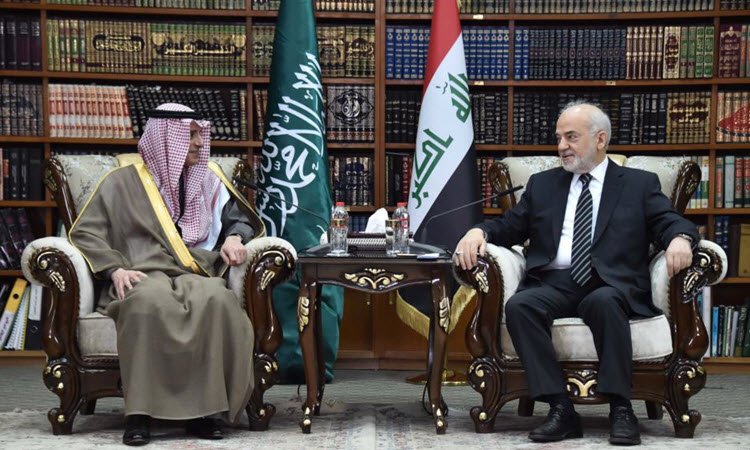 London, 19 Aug – Meetings to negotiate a new alliance have been taking place between senior officials from both Iraq and Saudi Arabia over the past six months. The discussions have focused on leading Iraq away from Iran, whose influence has grown in that country since the 2003 ousting of Saddam Hussein. This alliance would give Riyadh a leading role in rebuilding war-torn Iraq, and boost Baghdad’s credentials across the region. In fact, Riyadh may play a significant role in the reconstruction of the predominantly Sunni cities of Mosul, Fallujah, Ramadi and Tikrit.

Last week’s visit to Riyadh by the Iraqi Shia cleric Muqtada al-Sadr and a follow-up trip to the UAE thawed relations between long time rivals, Iraq and Saudi Arabia.
Former Saudi Minister of State, Saad al-Jabri said, “This visit was an important step in ensuring that Iraq returns to the Arab fold and is supported in doing so by friendly partners. This necessitates limiting Tehran’s continued attempts to dominate Iraq and spread sectarianism. Broader engagement between Riyadh and Baghdad will lead the way for enhanced regional support for Iraq, especially from the Gulf states. This is essential after the capture of Mosul from Isis and as Iraq looks towards national reconstruction.”

The three-year US-led war against Islamic State has mostly been carried out in Sunni areas of Iraq, and has been largely successful. Isis is confined to a series of towns in the north-west and throughout Anbar province. But the cost to rebuild Iraq may be more than $100 billion, and the four Sunni cities, as well as three mainly Sunni provinces, are at the core of a national reconciliation in a country where more than two-thirds of the population are Shia.

Early next year, Iraq will hold its national elections. The prime minister, Haider al-Abadi, and Sadr both say that the re-enfranchisement of Sunnis who lost privileges and status after the fall of Saddam, must be central to rebuilding plans.

Jabri continued, “It is also worth noting that Sadr’s visit had a practical aspect and led to some immediate benefits, from the reopening of border crossings and support for internally displaced people, to the potential appointment of a new ambassador and the opening of a consulate in Najaf. These are clear signs that there is a concrete desire to recreate a strategic relationship between the two countries of mutual benefit.”

In Baghdad, attitudes towards Saudi Arabia have softened. recently. Abdulbari al-Zebari, head of the Foreign Relations Committee in the Iraqi parliament, said, “The relationship is growing now more than ever and this is due to the new US administration helping Saudi Arabia and the Gulf rebuild its relationship with the rest of the region. We welcome any foreign or regional funding. This would be a really smart move on behalf of the Arab countries and foreign countries.”

For the last 25 years, Baghdad and Riyadh had not exchanged ambassadors, but over this past year, Abadi and the Iraqi president, Fuad Masum, have visited Riyadh, and the Saudi foreign minister has travelled to Baghdad.

Ihsan Al Shameri, the head of the Political Thought Centre in Baghdad, said, “This is a new beginning, a new page of Iraqi Saudi relations,” and added, “This funding now to rebuild the country is an act of goodwill and their way to show solidarity with the Iraqis knowing we are going through tough economic times.”

“The situation in Iraq matters to the entire region, in security, economic and political terms,” said Jabri. “It is therefore natural for the Saudi leadership to seek foreign policy avenues to support Iraq at this critical moment. This visit is a clear step in that direction. Muqtada al-Sadr is a respected leader with significant influence. He understands that Iraq’s future lies within the Arab world, and has repeatedly expressed concern about Iran’s growing influence in Iraq.”

He added, “Iraq will certainly need significant regional and international support with reconstruction, particularly of cities such as Mosul, Fallujah and Ramadi. Set against the backdrop of a reinvigorated Saudi foreign policy and the importance of the historic Saudi-Iraqi relationship, I would not be surprised to see significant Saudi investment in reconstruction efforts in addition to regional and international leadership on the issue.”

Women’s Rights Committee of U.N. Has a New Member — Iran