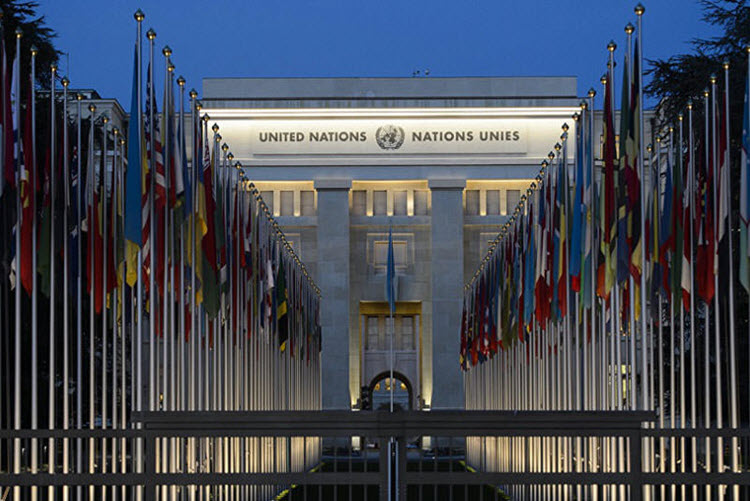 London, 12 Sep – A statement relating to the 1988 Iranian massacre will be submitted to António Guterres, the Secretary General of the United Nations, during the 36th session of the UN Human Rights Council, which began on September 11.

The statement demands justice for the victims and urges the international community, including the UN Human Rights Council and Security Council, investigate the massacre and hold those responsible to account, as there is no statute of limitations for crimes against humanity and failure to investigate is a breach of international law.

It continued: “We call on the UN High Commissioner for Human Rights, HE Zeid Ra’ad Al Hussein to order a Commission of Inquiry into the 1988 massacre based on the UN Economic and Social Council Resolution 1989/65 which states in principle 11: “In cases in which the established investigative procedures are inadequate because of lack of expertise or impartiality, because of the importance of the matter or because of the apparent existence of a pattern of abuse, and in cases where there are complaints from the family of the victim about these inadequacies or other substantial reasons, Governments shall pursue investigations through an independent commission of inquiry or similar procedure. Members of such a commission shall be chosen for their recognized impartiality, competence and independence as individuals. In particular, they shall be independent of any institution, agency or person that may be the subject of the inquiry.”

This, the statement reads, is a matter of urgency because these extrajudicial executions of the Regime’s critics are still an integral part of the Regime’s operation today.

In 1988, the Iranian regime slaughtered 30,000 political prisoners based on a fatwa from Supreme Leader Ayatollah Khomeini. They organised “Death Commissions” who would determine in two-minute trials whether or not someone should be executed and buried in secret mass graves.

If the political prisoner refused to recant their beliefs, swear allegiance to the Regime, and cause harm to fellow prisoners; they would be killed regardless of their age, whether their sentence had already been completed, or whether they were pregnant.

The perpetrators remain unpunished, with many still holding high-ranking positions within the Regime, including:

• Justice Minister Alireza Avaie, a Death Commission member in the city of Dezful, who is on the European Union’s sanctions list for human rights violations

• Former Presence Candidate, member of the powerful State Expediency Discernment Council and prosecutor of the special court of the clergy Ebrahim Raisi, a Death Commission member in Tehran

• Former Justice Minister Mustafa Pour-Mohammadi, a Death Commission member in the city of Tehran, who was “proud” of his involvement

• Vice-President of the Judiciary on legal affairs Ali Razini, a Death Commission member

• Head of the Supreme Disciplinary Court for Judges and Deputy Head of the National Supreme Court, Hossein-Ali Nayyeri, who was Head of the Tehran Death Commission

• Member of the Regime’s Parliament and Chair of its Committee on Social Affairs Salman Khodadadi, a Death Commission member

• Member of the Assembly of Experts, Mohammad-Hossein Ahmadi Shahroodi, a Death Commission member

There is countless evidence surrounding the massacre, including the audio tape of former Deputy Supreme Leader Hossein-Ali Montazeri criticizing the Tehran Death Commission for the massacre before he was put under house arrest by the Regime, the mass graves that the Regime is attempting to destroy, and the admissions by the mullahs themselves who think that they are immune from retribution.

The full text is available at the National Council of Resistance of Iran’s (NCRI) website.

Reuters: The United States and its allies are making...