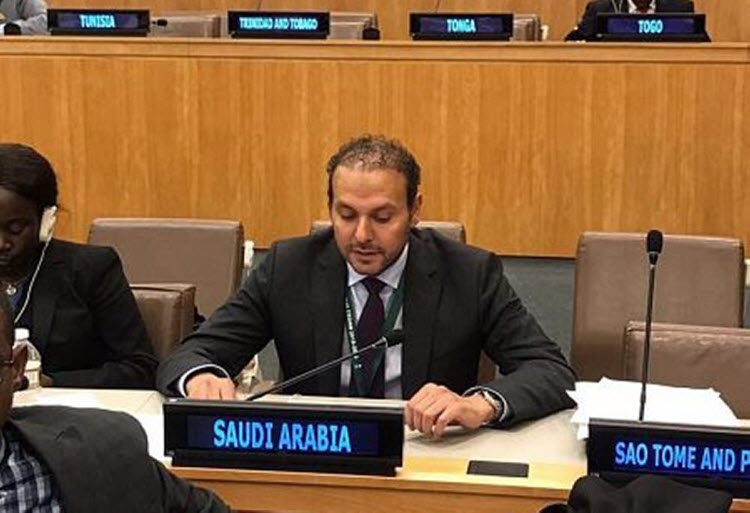 London, 2 Nov – The Saudi Arabian ambassador to the UN has condemned the Iranian Regime for its persecution of the ethnic minorities and noted that the Regime has shown no evidence of real change.

Khalid Manzlawi, Saudi Arabia’s Acting Permanent Representative to the UN, released a statement on October 25, which states: Iran has not shown that it intends to address the oppression and persecution suffered by the Arab people of Khuzestan province, such as the outlawing of their Arab identity and their civil rights.

Khuzestan province contains about 95% of Iran’s oil and gas reserves, but the people there live in poverty without running water, electricity, or sanitation as a direct result of the Regime’s policies.

in November 2016, Abdullah Mouallimi, brought up the Regime’s targeting of the minorities, Sunni Muslims, and other sectors in the country, which led to the UN General Assembly (UNGA) unanimously approving a draft resolution condemning Iran’s human rights violations.

He said: “It is clear to all that Iran has a black record in the field of human rights and disrespect for international conventions and treaties and its international obligations.”

This was backed up by the latest report from the United Nations special rapporteur on Human Rights in Iran, Asma Jahangir.

He assessed that there were a number of human rights problems in Iran that concerned the UN including executions (especially of juvenile offenders), torture, and restrictions of freedom of expression, arbitrary imprisonment of human rights defenders and journalists, and abuse of ethnic and religious minorities.

Manzlawi assessed that the Iranian Regime is attempting to distract the world from its human rights violations through a destabilisation policy across the Middle East, noting that Iran chooses to support terrorism and incite sectarian violence rather than use its resources for domestic development.

He noted that in this was evident in Yemen, where the Regime supports the Houthi terrorist cell.

He said: “Iran is the material and logistical backer of all the terrorist operations carried out by the Houthi militias in Yemen. Yemen’s ports have been used to smuggle ballistic missiles, weapons, ammunition, and explosives to the terrorist militias there and have exacerbated the suffering of the Yemeni people because of the blockade as a result of the siege imposed by the Houthi militias on some of its ports.”

The Iranian Regime must receive international punishment for their egregious human rights abuses or this cycle will never be broken.

2 dead as Iranian fighter jet crashes in Sea of Oman

Washington Post: "For hundreds of years, we've lived in...