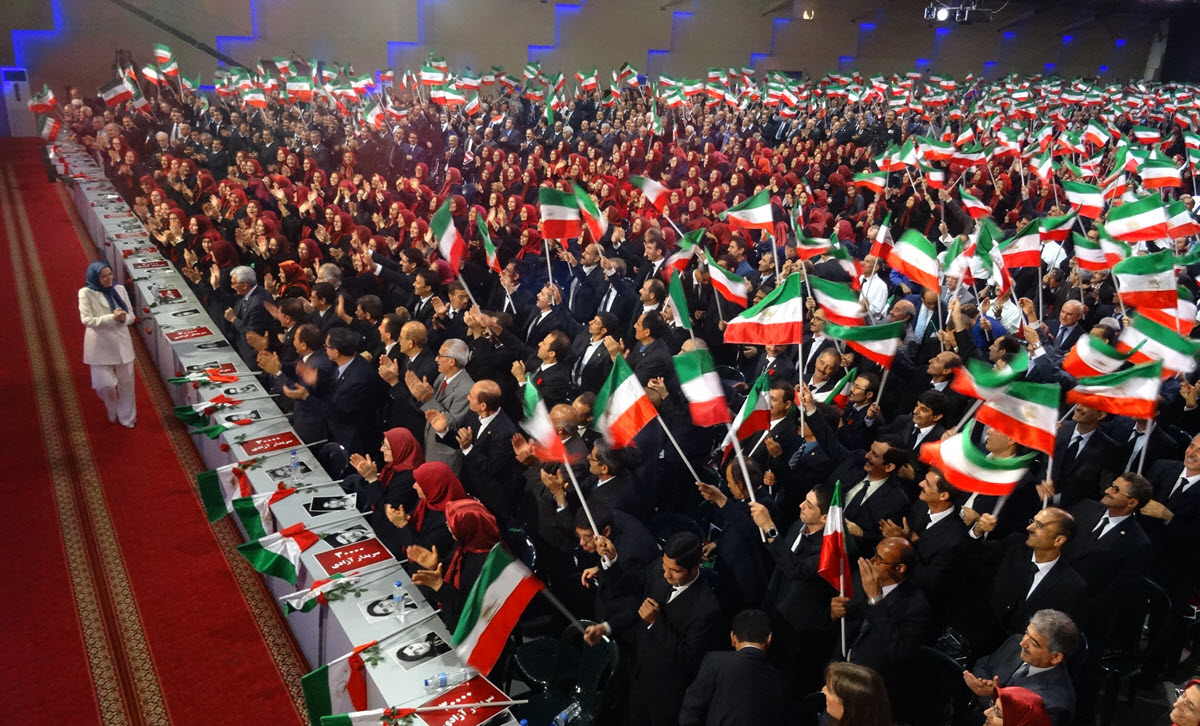 The shift in US policy on Iran has been unmistakable. After years of conciliation and appeasement – not just under the Obama administration but at various points throughout the 38-year history of the Islamic Republic – President Donald Trump is spearheading a committed strategy of confrontation and assertiveness, which serves to expose the depths of the Iranian regime’s violence and contempt for human rights.

The pace of this change has been rather dramatic. It was just about a year and a half ago that Tehran received windfalls of unfrozen assets and other benefits from nuclear negotiations, including the payment of more than one billion dollars in cash as a de facto ransom payment for the release of American hostages. That same incident also showcased America’s willingness to overlook Iran’s past wrongdoing, as it involved the release of seven Iranian prisoners and the dropping of charges for 14 others who had committed serious crimes including the acquisition of material for the regime’s nuclear weapons program.

Now, the American commitment to economic sanctions has been effectively reestablished. And furthermore, it has been expanded significantly, as with President Trump’s announcement on October 13 that his administration would be targeting the entirety of the Islamic Revolutionary Guards Corps for its support of global terrorism and its crimes against the Iranian people. This latter point is important and it underscores the changes in US policy toward Iran that are still ongoing.

In recent speeches including the October announcement of his decertification of the Iran nuclear deal, Mr. Trump has put considerable emphasis on the notion that the Iranian people are the “longest suffering victims” of the Iranian regime. He and his foreign policy advisors have gone to great lengths to clarify that the emerging Iran strategy recognizes stark differences between the government of the Islamic Republic and the people of Iran.

This also highlights what many analysts have concluded about the broader goals of the White House’s Iran strategy. Many believe that the Trump administration recognizes an imperative for regime change and is willing to pursue this goal over the long term. In fact, Secretary of State Rex Tillerson practically admitted as much in July, telling a House Foreign Affairs Committee hearing that US policy in the Middle East should include the promotion of those domestic voices in the Iranian nation that will support the transition of its government from its current theocratic dictatorship to a Democracy.

But Tillerson did not specify who these voices might belong to, even though the resistance against the Islamic Republic is a known quantity. This goes to show that American posture with regard to that resistance movement has been slower to change than American posture on the Iranian regime itself. Yet many American lawmakers have long expressed support for the National Council of Resistance of Iran and its main constituent group the People’s Mojahedin Organization of Iran (PMOI, or MEK in Persian).

The NCRI and MEK have enjoyed widespread support among the western politicians on both sides of the Atlantic. They have expressed their support for the resistance’s agenda, including human rights, freedom of speech, freedom of expression, gender equality and a non-nuclear Iran, as has been articulated in the 10 point plan of the NCRI President, Maryam Rajavi. It is no coincidence that the NCRI and MEK enjoy bipartisan support in Washington and all over Europe as well as in the Islamic world. 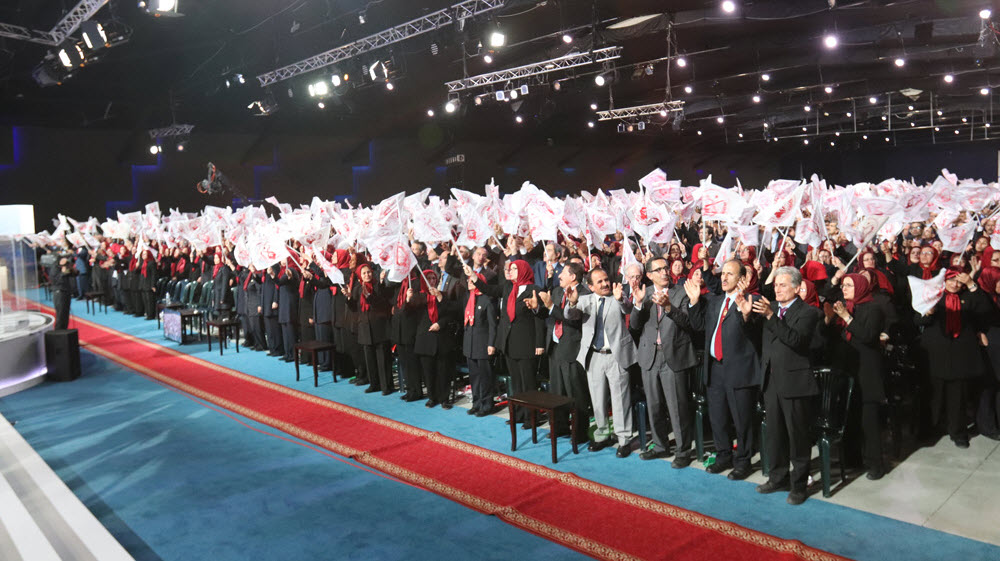 The Iranian regime has never hidden its worry and concern about the role and impact of the MEK. And it has not been limited to inside of Iran. Actually, Tehran’s worries about the prominence and role of the MEK have been steadily rising in recent years.

Until 2012, the main opposition against the Iranian theocracy was listed as a terrorist organization by the US State Department. But it is important to note that the reason for its inclusion on that list in the first place was because of the conciliatory Iran strategy that was well established by 1997, when the MEK was first given its false terrorist designation.

Upon promises from supposed moderates within the Iranian regime, Western officials, in particular the Clinton administration, accepted the campaign to discredit the Iranian Resistance. Years before nuclear negotiations were even an imagined part of the Iran file, Western officials were already hoping for rapprochement with the regime. As such, they were willing to eliminate any possibility of cooperation with the MEK or NCRI, as a precondition for relevant talks. On May 8, 2008, the Wall street Journal quoted several diplomats who were involved in the nuclear talks with Iran saying “Iranian officials have urged suppression of the MEK in negotiations with Western governments over Tehran’s nuclear program and other issues.”

Over the years the MEK resorted to an unprecedented legal and political campaign and was able to show that it is a legitimate resistance with grassroots support inside of Iran and among the Diaspora and represents the aspirations of the Iranian people for establishment of peace and democracy.

Fortunately, the Trump administration recognizes a fact that could not be accepted by the Clinton, Bush, or Obama administrations: that the entire notion of moderates within the Iranian regime is a fantasy. The first term in office of so-called moderate Iranian President Hassan Rouhani has proved this fact all over again. Despite a multitude of progressive-sounding promises, Rouhani has overseen a surge in executions and a severe crackdown on dissent throughout the country.

Asma Jahangir, the UN special rapporteur on the situation of human rights in Iran confirmed this in her October 25 report to the UN General Assembly. In it she said that while there are hopeful signs in the form of Rouhani’s statements, the actual human rights conditions in the Islamic Republic have only deteriorated. In other words, the Iranian people remain, in Trump’s words, the longest-suffering victims of the Iranian regime; and this suffering has not diminished regardless of who holds office in Tehran.

As long as the White House and its allies in Congress recognize this fact, the only strategy that makes sense is one that supports the cause of regime change. But in order to do this, the US government must have both the courage and the clarity to identify the NCRI by name as the established, democratic alternative to the Iranian theocracy.

It is perhaps understandable that it has been a slow process of getting to that point; but we are getting there. The Iranian people seem to understand this, as domestic activism has only intensified in recent months, even in the face of the escalating crackdown by Iranian authorities. And at the same time, that crackdown itself indicates that the Iranian regime is sensitive to the shift in US policy.

Accordingly, the domestic crackdown has coincided with the reemergence of familiar Iranian propaganda targeting the MEK and its affiliates. There is little doubt that this propaganda by Tehran and its lobby like the recent article in mintpressnews.com will intensify as the US continues to pursue an assertive strategy with regard to the Islamic Republic and as the MEK activism particularly inside of Iran has witnessed a significant upswing in recent months. Actually Tehran’s smear campaign against the MEK was a constant supplement in its brutal crackdown that resulted the execution of 120,000 MEK activists over the years, including the massacre of 30,000 political prisoners, overwhelming majority of them MEK supporters.

Now the tide has turned and it seems the efforts of the mullahs and its appeasers and apologists will fall flat even though they once led to the MEK’s false designation as a terrorist group – a designation that has been proven false in 20 court cases in both North America and Europe. No other organization has succeeded in securing its own delisting by such means; but then perhaps no organization other than the MEK has been subject to such a successful disinformation campaign, with collaborators in the US government.

The US government has turned a corner on Iran policy; but it is still heir to a shameful legacy of disinformation and appeasement. As such, American officials of every political persuasion must remain on guard against the recurrence of such Iranian disinformation. And the Trump administration in particular must build countermeasures to that disinformation into its emerging Iran policy. By so doing, the White House will soon be able to speak on behalf of the entire US government and proudly declare itself an ally to the NCRI and a supporter of the cause of domestically-driven regime change in Iran.

Sia Rajabi is a Senior Lecturer in the Westminster University, London.

AFP: Iran on Saturday started to allow motorists an...