The Iranian Regime Needs to Be Dealt With and Now 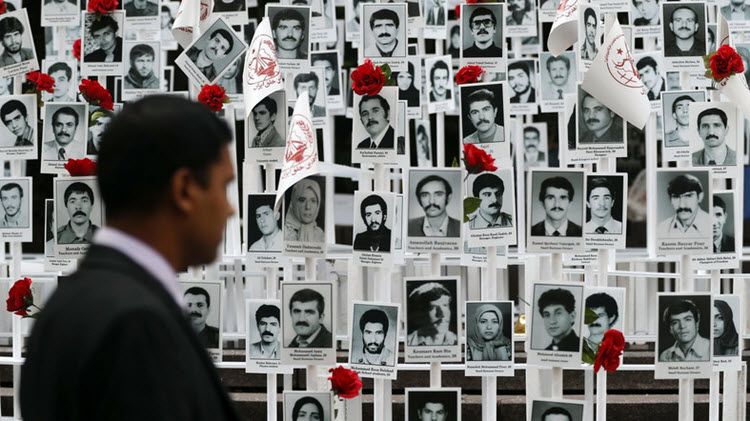 London, 13 Dec – The shaky platform of the Iranian Regime rests atop the twin pillars of domestic repression and the export of fundamentalist terrorism.

Now is the time to take serious action against the Regime- through international sanctions and support of the domestic Iranian Resistance forces-and destroy those pillars so that the whole dammed Regime falls.

If you don’t believe that this is not only necessary but also urgent, read on and all will be explained.

Amnesty International recently released a 94-page report that detailed the Regime’s abhorrent human rights violations with a particular focus of the ever-rising tide of executions.

Iran is- and has been for many years now- the world’s leader in executions per capita; some public to serve as a warning to others and some secret to be hidden away from even the families of the deceased and especially the eyes of the international community.

Upwards of 3,500 people have been executed under the so-called moderate President Hassan Rouhani; some 350 in 2017 alone.

This should not be surprising, considering that Rouhani has appointed two separate ‘Justice’ Ministers who were heavily involved in the 1988 massacre of over 30,000 political prisoners who were mostly supporters of Iran’s main opposition, the People’s Mojahedin Organization of Iran (PMOI/MEK).

The Iranian Regime is widely considered the godfather of terrorism in the Middle East; the place from which all fundamentalist groups spring.

This is because the Iranian Revolutionary Guards (IRGC), and the Quds Force, are the main aggressors in the Middle East; fighting for Iranian expansionism in countries like Lebanon, Syria, and Yemen, as well as sponsoring terrorist groups no matter which religion they claim to ascribe to. This includes Sunni groups like Al Qaeda and ISIS as well as Shite groups like Hezbollah.

This can also be seen from the Regime support of the terrorist Houthis in Yemen, where the Regime ordered the assassination of former President Ali Abdullah Saleh after he attempted to instigate talks with the internationally recognised government and an attack on Saudi Arabia with an Iranian-made ballistic missile.

Thankfully, certain members of the US government are prepared to deal with the Iranian Regime. This includes Secretary of Defense James Mattis, Secretary of State Rex Tillerson, and National Security Advisor H.R. McMaster.

Recently, McMaster said: “What the Iranians have done across the broader Middle East is fuel and accelerate these cycles of violence so that they can take advantage of these chaotic environments, take advantage of weak states, to make them dependent on them for support. We have to address what is a growing Iranian capability and an ability to use proxies, militias, terrorist organizations to advance their aim, their hegemonic aims in the region.”

Human Rights Activist Heshmat Alavi wrote on Al Arabiya: “Iran’s increasing meddling abroad is not a policy signalling this regime’s strength. In fact, facing deep domestic crises, Tehran is attempting to cloak its internal weakness by increasing its influence across the region on the one hand, and resorting to sabre-rattling to prevent the international community from adopting a firm policy.”

He advises serious measures against the Iranian Regime to stop its human rights violations, destabilising meddling in the Middle East and support for terrorism.

Alavi concluded: “This is the language Iran understands and more major sanctions are needed against this regime.”

AFP: US President Barack Obama urged the world to...