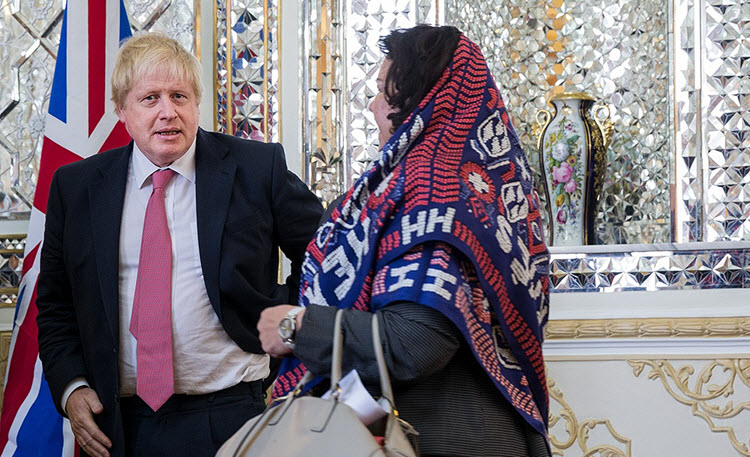 London, 13 Dec – Iran’s state-run media has devolved into a frenzy over the decision of a female British diplomat not to wear a headscarf in a meeting to discuss the false imprisonment of UK charity worker Nazanin Zaghari-Radcliffe.

Karen Pierce, the political director of the British Foreign Office, accompanied foreign secretary Boris Johnson to Iran this week as part of a delegation to discuss Zaghari-Radcliffe’s case and was reportedly instructed by Iranian Foreign Minister Javad Zarif to put a headscarf on, in accordance with compulsory Iranian hijab laws.

A video of the Iranian officials greeting the delegation shows Zarif shaking the hands of the other delegation members but when he gets to Pierce, he makes a gesture that Iranian state media interpreted as an instruction to pull the scarf that is around her shoulders, over her hair. Pierce is later photographed in talks without wearing the scarf on her head.

The state news labelled Pierce’s appearance as ‘inappropriate’ but women’s rights activists who protest this sexist law celebrated the photos of Pierce, who will soon become the UK’s permanent representative to the UN, without a headscarf.

Mahsi Alinejad, the founder of the anti-hijab movement My Stealthy Freedom, told The Independent: “I was bombarded with comments from ordinary people who were shocked at how humiliating [it was] that a high representative of Iran [was] acting like the morality police.” 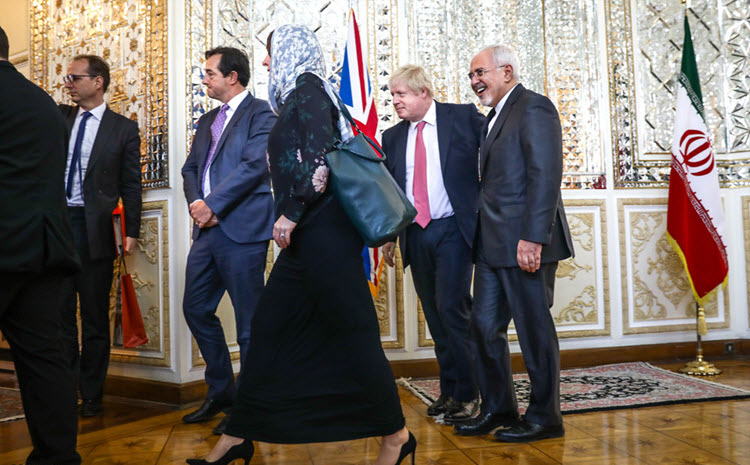 The ‘morality’ police are groups who roam Iran looking for people that they believe to be in violation of strict Iranian laws, like improper hijab, eating during Ramadan, and drinking alcohol. They often resort to horrific violence, as in the case of the 14-year-old girl who was caught wearing ripped jeans.

Alinejad, an exiled activist, continued: “One of the women wrote to me that Zarif’s humiliating gesture is familiar to millions of Iranian women who are told every day to improve their [appearance], sometimes with fake smiles, sometimes using violence.”

Since Khomeini seized power in 1979, the hijab has been compulsory for women. It is just one of the ways in which gender discrimination is legally and culturally enforced in the country, but recently activists have begun to rebel against the ‘religious’ dress and morality codes.

Alinejad said: “Finally, a western female politician stood [up] for her dignity and rejected the compulsory hijab at the meeting with Islamic Republic officials.”

The UK Foreign Office refused to comment on the headscarf issue but Johnson said that the talks over Zaghari-Radcliffe’s case had been “worthwhile”.

However, he also stated that he did not wish “to raise false hope” for her release.