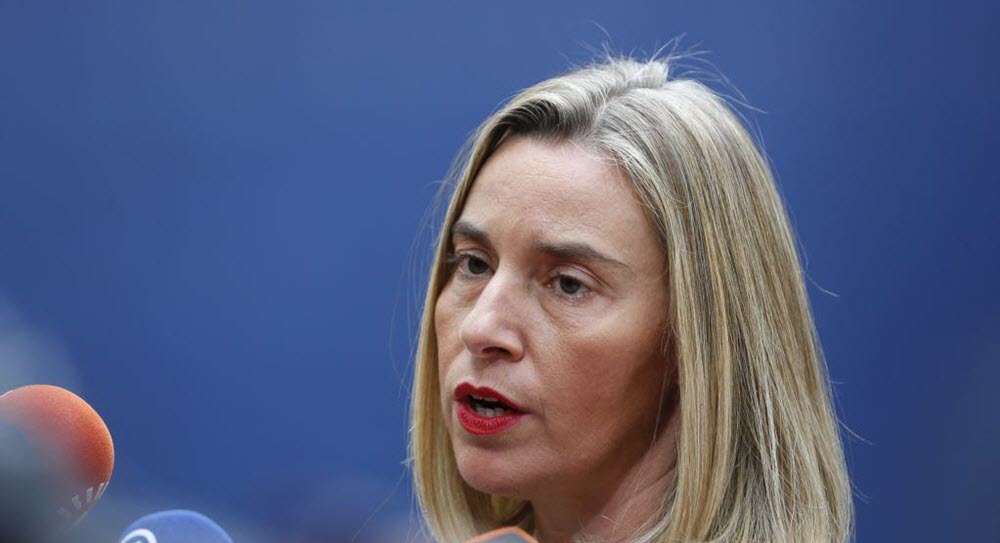 London, 11 Jan – The European Union has been condemned for inviting the Iranian foreign minister Mohammad Javad Zarif for talks in Brussels, while widespread anti-regime protests are still ongoing in Iran.

The EU and Iranian foreign ministers, along with EU foreign affairs chief Federica Mogherini, have said that today’s talks are focused on preserving the 2015 nuclear deal, which the US may pull out of later today.

Critics have lambasted the meeting because of recent human rights abuses by the Regime- both in response to the current protests and as one of the many reasons for the protests.

There was even a protest against Zarif’s visit in Brussels yesterday by the Association of Iranian Refugees in Belgium, along with other human rights advocates.

A representative for the group said: “We are shocked that the representative of a religious dictatorship that has committed so many crimes is being invited as a guest to Europe, This is a shameful act which sends a wrong signal and hurts the suffering Iranian people. The EU should instead condemn the Islamic Republic of Iran and bring the perpetrators of the crimes to international tribunals.”

Iranian human rights activists are incredibly concerned about the mass arrests during the protests- the worst unrest in the country in years- as dozens have already died and it is believed that much more will do as well with the Regime threatening the death penalty.

The representative said: “ The meeting is happening while the ongoing massive uprisings have shaken many cities in Iran over the past two weeks. Some 50 innocent Iranian protesters have been shot dead in the streets and nearly 4000 young activists have been arrested. At least two young protesters have died under torture in prison so far… We ask for the immediate release of the arrested demonstrators.”

Mogherini issued a statement on January 3, stating that the EU was closely following the demonstrations and would continue to monitor the situation but refused to even condemn the violence of the Regime.

She wrote: “For the EU, human rights have always been a core issue in our relationship with Iran. Peaceful demonstration and freedom of expression are fundamental rights that apply to every country, and Iran is no exception. In the last days, we have been in touch with the Iranian authorities. In the spirit of frankness and respect that is at the basis of our relationship, we expect all concerned to refrain from violence and the right of expression to be guaranteed.”

She cited that there was an “unacceptable loss of human lives” in Iran and spoke of the EU’s dedication to human rights but that doesn’t mean much when the mullahs are being allowed to continue murdering peaceful protesters without so much as a statement condemning them.

India could revise stand on Iran over nuclear program: FM

AFP: India, which earlier this year voted in favour...